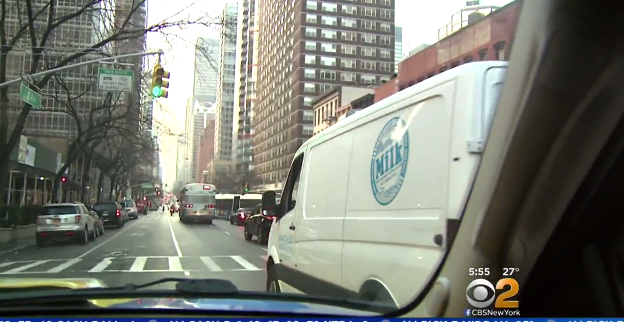 You may be too young to remember the milkman, but apparently it was a real thing for many years. Through the mid-20th century the great majority of U.S. households received their milk delivered to their doors daily and the milkman was as familiar a sight in the neighborhood as the postman. Of course, as supermarkets and grocery stores proliferated, the milkman has all but been put out to pasture.

But not in New York City.

According to this report from a local CBS TV station, entrepreneurs Frank Acosta and Matt Malone have brought back the milkman – and they’re doing pretty well. How well?  Now in their 10th year, the company – Manhattan Milk – has eight trucks delivering and placing milk, eggs and other dairy, fruit and vegetable products into refrigerated boxes on the doorsteps of homes and businesses throughout Manhattan, Brooklyn, The Bronx, Long Island City and Westchester.

It’s an old-school business brought forward into the 21st century. The partners source their product from a local farm that uses a low temperature pasteurization process to create a GMO-free (that’s genetically modified organism) product that’s also digestive-friendly to lactose intolerant people…and anyone else. At their door. Every day. At prices similar to Whole Foods.

Being the 21st century, orders can be taken on the phone, online or via text and the delivery is usually done the same day.

Interestingly enough, milk delivery in New York isn’t such a niche. Manhattan Milk has at least two other competitors vying for customers in their local area and many other similar services offered by both startups and big grocers are popping up around the county.

So kids, remember: do something well, work hard at it, have just a little innovation, and you too can profit – no matter how “old school” your business idea might be.