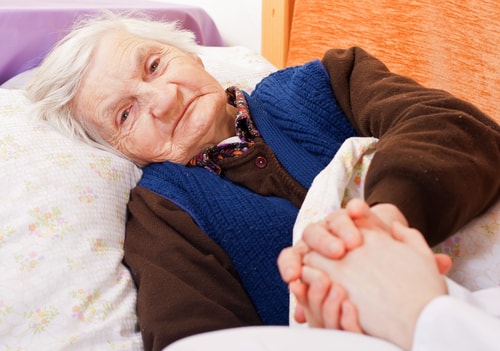 As the estimates continue to mount, predicting how many people will lose their insurance with the repeal of the Patient Protection and Affordable Care Act (Obamacare), it starts to become clear: The Republicans must simply hate average Americans.

We always knew that the Republican party was the party of less government, as well as the party of pro-business and pro-wealth creation; but in recent years, the party has moved so far above the average American, that it now simply must be considered the party of the ultra wealthy.

The American Medical Association, which bills itself as the largest organization of doctors in the nation, sent a letter to the two committees, detailing its critique of the bill, known as the American Health Care Act.
“While we agree that there are problems with the ACA that must be addressed, we cannot support the AHCA as drafted because of the expected decline in health insurance coverage and the potential harm it would cause to vulnerable patient populations,” the letter stated.
Major hospital organizations, including the American Hospital Association and the Federation of American hospitals have also come out against the bill. The largest seniors organization, the AARP had warned on Tuesday the measure would weaken Medicare and Medicaid. Some conservative medical lobby groups have supported the measure.
White House spokesman Sean Spicer shrugged off the building opposition from the medical establishment, in his typical fashion, demonstrating again that he either represents evil or idiocy.
While industry groups warned that the proposal could leave vulnerable Americans with fewer protections than they now have, GOP leaders pressed ahead, bringing legislation before two key committees that are expected to approve the bills by week’s end. They were also working in concert with the White House to win over conservatives, who have complained that the proposal preserves too much of the current law.
While conservatives complained that these changes don’t go far enough, they have sparked criticism not just from Democrats but from moderate Republicans.
The bill would offer tax credits, refundable in advance, to people with incomes below $75,000. But those credits will be lower in many cases than the subsidies now offered in the ACA, further securing America as the leading country in the free world where health care is considered a privilege, not a right… and the wealthy get far better health care than the poor, the elderly, and those with pre-existing conditions.
When will the Average American wake up and realize that they vote against their own interest when they vote Republican? It is sad to see the country controlled by the wealthiest few, who have somehow convinced the masses that work underneath them, that the Republican party is looking out for their interests. And all the while, rich Republicans keep laughing all the way to the bank.