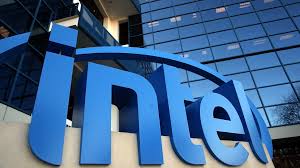 Supplying such automotive giants as General Motors and Volkswagen AG, Mobileye is one of the key producers of the onboard vision systems that anchor current advanced driver assistance systems — as well as tomorrow’s autonomous vehicle technology. The acquisition will help position Intel as a major player in the development of smart and driverless car systems.

“The acquisition of Mobileye completes a virtuous circle of growth,” Intel CEO Brian Krzanich said during a conference call Monday morning, adding that he sees a natural fit between the two companies, combining the “eyes of the autonomous car with the intelligent brain that actually drives the car.”

Based in Jerusalem, Mobileye currently provides the chip-based cameras for about 70 percent of the auto industry’s vision-based advanced safety systems — technology such as forward collision warning with emergency braking and lane-keeping assistance. With a workforce of 660, it had $358.16 million in revenue, and an adjusted net income of just $173.3 million last year, but that is expected to grow rapidly as the use of vision systems expands.

Mobileye recently established more advanced relationships with several automakers, including VW and GM, to develop a real-time mapping 3D system that will provide constant updates to autonomous and connected vehicles about traffic, construction, accidents and other potential hazards.

Intel will now position Mobileye as the leader in its automated driving unit, integrating those operations into Mobileye’s Israeli research center.

In a letter to employees, Mobileye Chairman and co-founder Amnon Shashua called that approach “unique,” in part, because of the size of Intel’s existing automotive operations.

“Combining forces,” Shashua wrote, “will help accelerate our plans and lower our execution risks. We aim to become the leading team in autonomous driving. We want to make an impact on the world and this acquisition will enable us to accomplish that.”