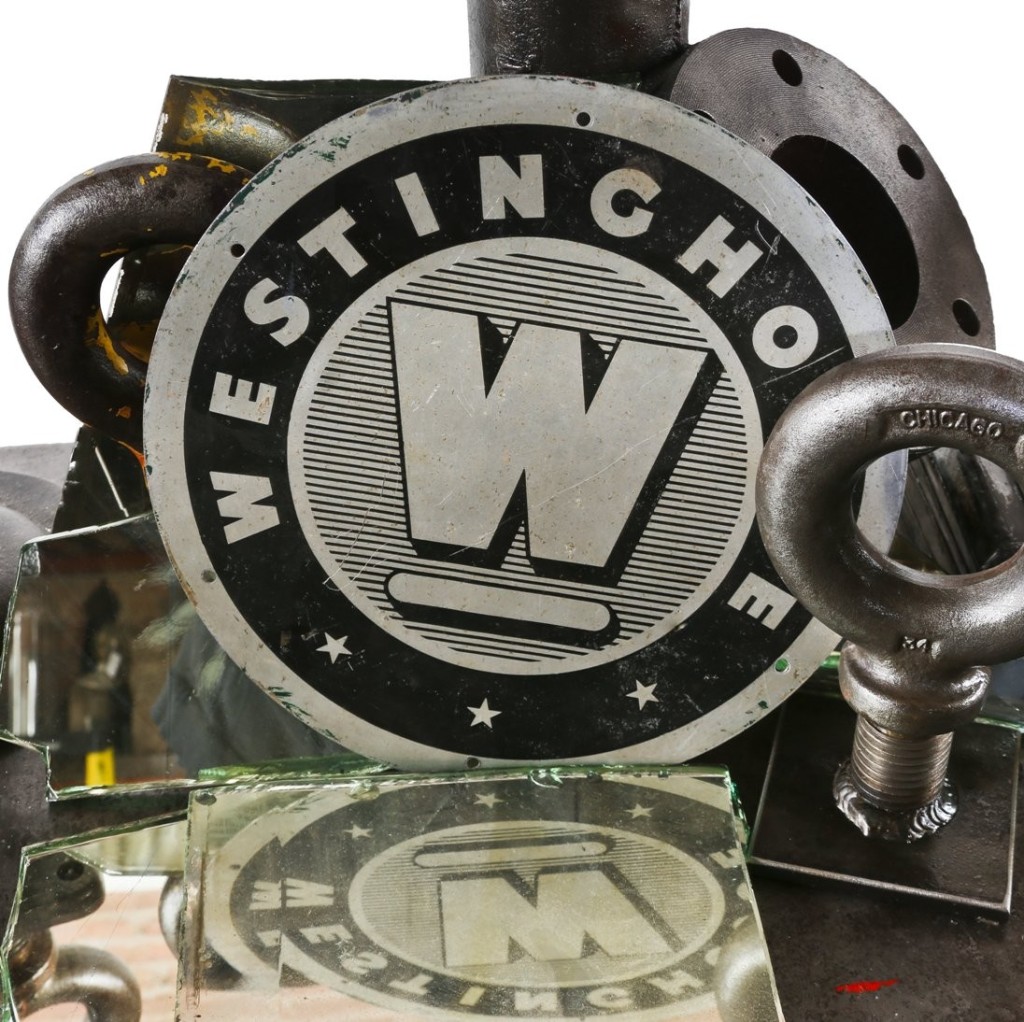 Westinghouse Electric Company, which helped drive the development of nuclear energy and the electric grid itself, filed for bankruptcy protection on Wednesday, casting a shadow over the global nuclear industry.

The filing comes as the company’s corporate parent, Toshiba of Japan, scrambles to stanch huge losses stemming from Westinghouse’s troubled nuclear construction projects in the American South. Now, the future of those projects, which once seemed to be on the leading edge of a renaissance for nuclear energy, is in doubt.

“This is a fairly big and consequential deal,” said Richard Nephew, a senior research scholar at the Center on Global Energy Policy at Columbia University. “You’ve had some power companies and big utilities run into financial trouble, but this kind of thing hasn’t happened.”

Westinghouse, a once-proud name that in years past symbolized America’s supremacy in nuclear power, now illustrates its problems.

Many of the company’s injuries are self-inflicted, such as a disastrous deal for a construction business that was intended to control costs and instead precipitated the events that led to the filing on Wednesday. Over all, Toshiba has been widely criticized for overpaying for Westinghouse.

But some of what went wrong was beyond either company’s control. Slowing demand for electricity and tumbling prices for natural gas have eroded the economic rationale for nuclear power, which is extremely costly and technically challenging to develop. Alternative-energy sources like wind and solar power are rapidly maturing and coming down in price. The 2011 earthquake in Japan that led to the nuclear disaster at the Fukushima Daiichi plant renewed worries about safety.

Westinghouse’s problems are already reducing Japan’s footprint in nuclear power, an industry it has nurtured for decades in the name of energy security. Even before the filing, Toshiba had essentially retired Westinghouse from the business of building nuclear power plants. Executives said they would instead focus on maintaining existing reactors — a more stable and reliably profitable business — and developing reactor designs.

That has made the already small club of companies that take on the giant, expensive and complex task of nuclear-reactor building even smaller. General Electric, a pioneer in the field, has scaled back its nuclear operations, expressing doubt about their economic viability. Areva, the French builder, is mired in losses and undergoing a large-scale restructuring.

Among the winners could be China, which has ambitions to turn its growing nuclear technical abilities into a major export. That has raised security concerns in some countries.

The shrinking field is a challenge for the future of nuclear power, and for Toshiba’s revival plans. Its executives have said they would like to sell all or part of Westinghouse to a competitor, but with a dwindling list of potential buyers — combined with Westinghouse’s history of financial calamity — that has become a difficult task.

Toshiba still faces tough questions. The company is also divesting its profitable semiconductor business and plans to sell a stake to an outside investor to raise capital. Most of the companies seen as possible buyers are from outside Japan. Some Japanese business leaders have expressed fears that the sale will further erode Japan’s place in an industry it once dominated.

After writing down Westinghouse’s value, Toshiba said it expected to book a net loss of $9.9 billion for its current fiscal year, which ends on Friday.

“We have all but completely pulled out of the nuclear business overseas,” Toshiba’s president, Satoshi Tsunakawa, said at a news conference. Of the huge loss, he added, “I feel great responsibility.”

Bankruptcy will make it harder for Westinghouse’s business partners to collect money they are owed by the nuclear-plant maker. That mostly affects the American power companies for whom it is building reactors, analysts say. Now, it is unclear whether the company will be able to complete any of its projects, which in the United States are about three years late and billions over budget.

The power companies — Scana Energy in South Carolina and a consortium in Georgia led by Georgia Power, a unit of Southern Company — would face the possibility of new contract terms, long lawsuits and absorbing losses that Toshiba and Westinghouse could not cover, analysts say. The cost estimates are already running $1 billion to $1.3 billion higher than originally expected, according to a recent report from Morgan Stanley, and could eventually exceed $8 billion over all.

Dennis Pidherny, a managing director at Fitch Ratings who is sector head of the United States public power group, said that it was possible that the company’s bankruptcy filing could terminate the contracts and that it could be difficult for the utilities to find another builder to take them over.

“There’s still quite a bit of work that needs to be completed,” he said. “The biggest challenge there is quite simply finding another suitable contractor who can complete the contract and have it completed at a quote-unquote reasonable cost.”

That is, if they are constructed at all. Stan Wise, chairman of the Georgia Public Service Commission, said the utilities developing the Alvin W. Vogtle generating station in the state would have to evaluate whether it made sense to continue.

“It’s a very serious issue for us and for the companies involved,” Mr. Wise said. “If, in fact, the company comes back to the commission asking for recertification, and at what cost, clearly the commission evaluates that versus natural gas or renewables.”

In a statement on Wednesday, Toshiba said Westinghouse and affiliated companies were “working cooperatively” with the owners to arrange for construction to continue. In recent days, the affected companies issued statements saying they were monitoring the situation and exploring their options, as did the Energy Department, which has authorized $8.3 billion in federal loan guarantees for the Georgia project.

“We are keenly interested in the bankruptcy proceedings and what they mean for taxpayers and the nation,” said Lindsey Geisler, a Department of Energy spokeswoman. “Our position with all parties has been consistent and clear: We expect the parties to honor their commitments and reach an agreement that protects taxpayers, promotes economic growth, and strengthens our energy and national security.”

Toshiba said Westinghouse had total debt of $9.8 billion. The Chapter 11 bankruptcy filing was made in federal bankruptcy court for the Southern District of New York.

A decade ago, Toshiba was dreaming of a big global expansion when it bought Westinghouse for a surprisingly high $5.4 billion and made plans to install 45 new reactors worldwide by 2030.

At the same time, Westinghouse was trying to install a novel reactor design, the AP1000. Using simplified structures and safety equipment, it was intended to be easier and less expensive to install, operate and maintain. Its design also improves the ability to withstand earthquakes and plane crashes and is less vulnerable to a cutoff of electricity, which is what set off the triple meltdown at Fukushima.

Nonetheless, it was inevitable that expansions at the Vogtle generating station in Georgia and the Virgil C. Summer plant in South Carolina would hit some bumps along the road to fruition, nuclear executives say. Not only was the design new, but, because nuclear construction had been dormant for so long, American companies also lacked the equipment and expertise needed to make some of the biggest components and construct the projects.

Indeed, that may ultimately have been at the root of the troubles. The contractor Westinghouse chose to complete the projects struggled to meet the strict demands of nuclear construction and was undergoing its own internal difficulties after a merger. As part of an effort to get the delays and escalating costs under control, Westinghouse acquired part of the construction company, which set off a series of still-unresolved disputes over who should absorb the cost overruns and how Westinghouse accounted for and reported values in the transaction.

In its bankruptcy filing, Westinghouse said that its top 30 unsecured creditors held over $508 million in claims. Among those creditors are big engineering and construction companies like Fluor and CB&I, and Nuclear Fuel Services, a fuel supplier.

To shepherd its case through Chapter 11, Westinghouse has hired a number of advisers, including the investment bank PJT Partners, the law firm Weil, Gotshal & Manges, and the consulting firm AlixPartners.

Westinghouse also said in its bankruptcy filing that it had taken out an $800 million loan from a group led by Citigroup to support itself through the bankruptcy process.

Westinghouse Electric was founded by George Westinghouse in Pittsburgh, Pennsylvania in 1886. The firm became active in developing electric infrastructure throughout the United States.

Early on Westinghouse was a rival to Thomas Edison’s electric company. In 1892 Edison was merged with Westinghouse’s chief AC rival, the Thomson-Houston Electric Company, making even bigger competitor, General Electric. Westinghouse changed its name to Westinghouse Electric Corporation in 1945.