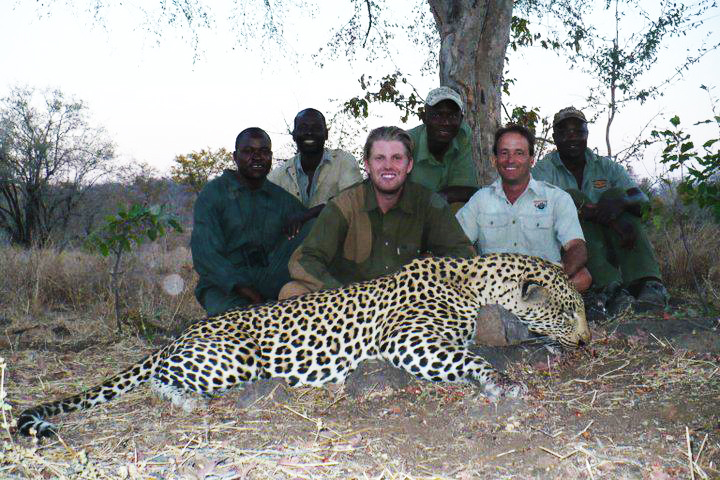 Eric Trump, the rich-kid son of our current president, has been telling people that it will be hard to make a living now that daddy is president.

While the Trump Organization’s revenue and income are expected to continue to rise during Mr. Trump’s term in office, it will likely be at a slower rate, Eric Trump said, because of efforts to separate the Trump presidency from the family businesses. “We would be doing 30 deals across the globe” were his father not the president, Eric Trump complained in a recent interview.

The Trump Organization’s financial information is tightly held, and Mr. Trump, unlike all other recent presidents, has refused to release his tax returns. Eric Trump declined to provide statistics on how the company’s growth rate has flattened.

The latest example of lost potential business—and the first one domestically—came last week with the collapse of talks between the Trump Organization and Turkish-born developer Mukemmel Sarimsakci over a deal for a Scion-branded Trump hotel in Dallas. Mr. Sarimsakci didn’t respond to a request for comment.

The president’s critics say any forgone business doesn’t mitigate the enormous conflict-of-interest issues he faces both in terms of legality and perception. These critics say the steps Mr. Trump has taken to separate his presidency from his business interests—including turning over management to his children and transferring his ownership to trusts—have been inadequate, largely because he remains the beneficiaries of those trusts.

They also point out the potential conflicts in Mr. Trump’s Mar-a-Lago club in Florida, where he frequently hosts foreign dignitaries and where the membership fee was raised to $200,000 earlier this year.

“He gets the money,” said Richard Painter, the chief ethics lawyer for former President George W. Bush, who recently became vice chairman of the Citizens for Responsibility and Ethics in Washington, a government watchdog. “You follow the money.”

Ethics experts also point out that even if the Trump Organization forgoes deals now, it is in a position to benefit greatly after Mr. Trump leaves office. “There might not be a signed deal while the president is in office,” said Kathleen Clark, a legal-ethics expert and professor of law at Washington University in St. Louis. “But the concern is he could do favors for people in office with the expectation that he would receive a benefit sometime in the future.”

A White House spokeswoman didn’t return calls for comment. Eric Trump said Mar-a-Lago was able to raise its fees thanks to market forces.

It is unprecedented for a sitting president to have such an extensive business background with so many complex domestic and international connections. Adding to the complexity are Mr. Trump’s grown children, who have no government positions and are free to do business like anyone else.

“I’m a civilian, no different from you,” said Eric Trump, 33 years old.

The Trump Organization is a private, family-run business that owns billions of dollars worth of assets including golf courses, hotels, office buildings, stores and management and licensing agreements.

An analysis by The Wall Street Journal last year of candidate Trump’s financial disclosures concluded his company had pretax profits of about $160 million a year. The company said the figure was incorrect.

During two interviews in his New York office, Eric Trump said he is careful to not speak to his father about business other than to “chitchat” about such things as “how’s the ninth green doing” at the company’s Scotland golf course.