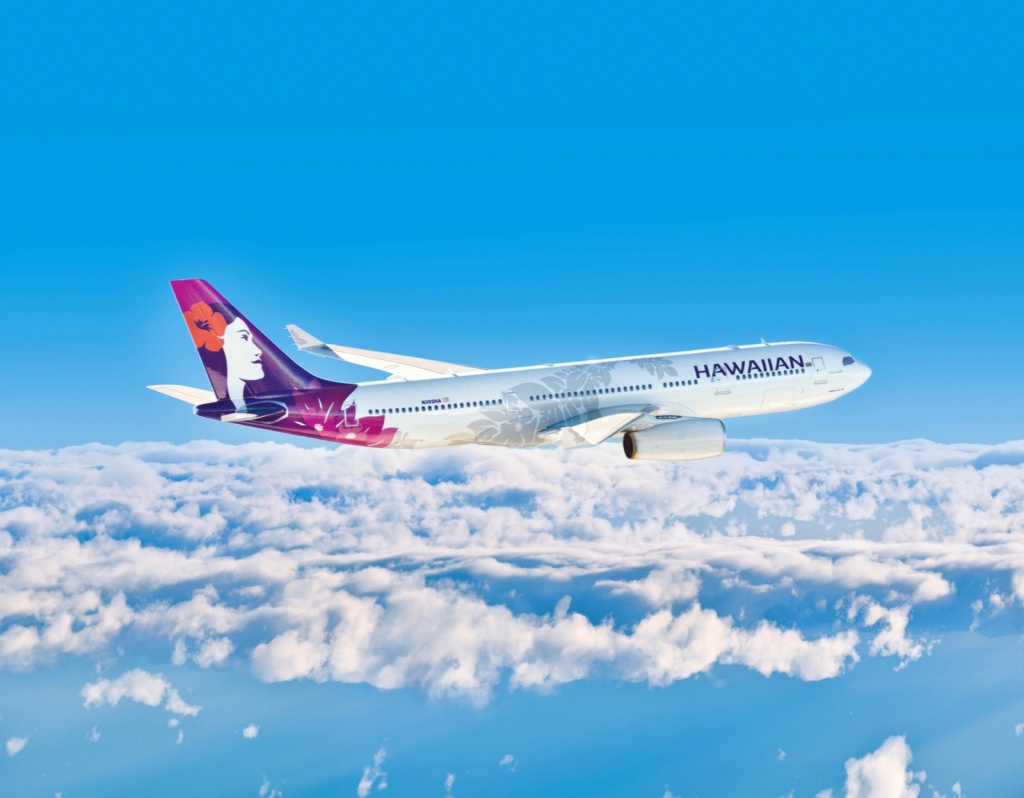 Hawaiian Airline has updated its brand identity and unveiled a new aircraft livery, the first of its fleet of more than 50 aircraft that will feature the new design.

The new identity retains Hawaiian’s color palette of purple, fuchsia and coral, while Pualani, who has been featured on the tail of the aircrafts for more than four decades, remains at its core.

The new logo and livery emphasize Pualani by featuring her more prominently and liberating her from the floral “holding shape” of the former logo, Hawaiian Airlines said in a statement. The addition of the lei elements to the livery accentuate the three-dimensional contours of the aircraft fuselage. Updated typography and bright, emotive imagery support Hawaiian’s positioning as a leisure airline, focused on warm hospitable service, the company said.

“Our new livery embodies a stronger, more contemporary representation of Hawaiian Airlines’ culture of service and hospitality, which is the bedrock of our guest experience,” Mark Dunkerley, president and CEO of Hawaiian Airlines, said in a statement. “It acknowledges our place as Hawaii’s airline and underscores the commitment our employees make every day to provide our guests with a gracious and genuine island welcome.”

In addition to the refreshed livery, travelers across Hawaiian’s network will begin to see the new logo throughout their journey — on web and digital assets, airport lobby signage and kiosks, and at boarding gates. Painting of all aircraft and ground service equipment is scheduled to be complete by 2020.

Hawaiian (Nasdaq: HA) worked with Lippincott, a global creative consultancy, on the new identity for the past year.

Videos and images of the new designs, which were unveiled on Monday, are available at on the company’s website.