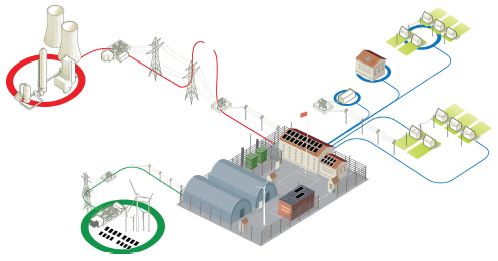 Indoor agriculture energy usage is projected to grow substantially over the next several years.  This rapid shift in many parts of the United States is driving much of the nation’s energy load growth. The Northwest Power and Conservation Council projects that indoor cannabis growing operations alone will add as much as 300 average megawatts by 2030 in the Pacific Northwest. That is equivalent to 1.5% of total regional electricity demand. In Colorado, Xcel energy says 45% of its load growth is due to indoor cannabis cultivation operations.

Industry awareness about the energy footprint of indoor cannabis production was triggered by the seminal 2011 study and paper by Evan Mills with Energy Associates, Energy Up in Smoke: The Carbon Footprint of Indoor Cannabis Production. This paper presented the energy industry with some mind-boggling facts:

It should be noted that these facts are from a study now several years old that was completed prior to legalization in Colorado, Oregon, Alaska, Washington and Washington, D.C. We can expect that the energy footprint has only grown since the report.

Broadly speaking, the energy components of indoor cannabis production can be broken into four main categories:

In many respects, microgrids are smaller versions of  the traditional power grid. Like current electrical grids, they consist of power generation, distribution, and controls such as voltage regulation and switch gears. However, microgrids differ from traditional electrical grids by providing a closer proximity between power generation and power use, resulting in efficiency increases and transmission reductions. Microgrids also integrate with renewable energy sources such as solar, wind power, small hydro, geothermal, waste-to-energy, and combined heat and power (CHP) systems.

Scale Energy Solutions, is a leading provider of microgrids to the agricultural industry. Recently, the company’s entry into the indoor cannabis cultivation market was met with open arms, and due to the company being able to significantly lower energy costs for growers, as well as improve the environmental footprint of the grow operation, they were awarded “Technology of the Year” by CannaNews, a well known industry trade publication.

As the indoor agriculture industry grows, you will be hearing more about Microgrids.