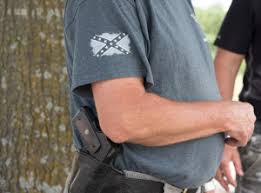 The question of whether armed citizens deter violent crime or exacerbate it has been controversial in academia since at least the mid-1990s—not to mention the debate it continues to fuel in American politics. Conflicting studies have informed polarized lawmakers in the parallel battles over gun regulation.

The case for less restrictive gun laws generally boils down to this: Law-abiding citizens have a right to protect themselves and their communities, full stop. The academic backing for this argument can be traced to a 1997 study by University of Chicago economists John Lott and David Mustard. After analyzing the impact of “right-to-carry” laws, the umbrella term for various legislation that allows citizens to acquire a concealed-carry gun permit, the authors concluded that these regulations were “the most cost-effective method of reducing crime thus far.”

In the roughly two decades since, additional academic studies have strongly suggested that the opposite is true: that these laws lead to higher rates of violent crime. The latest—and, at least according to one of its authors, most comprehensive—was released earlier this month by the non-partisan National Bureau of Economic Research. Like the Lott and Mustard report, the new working paper analyzes the laws’ effect on violent crime rates. But researchers used an unusual method to imagine what crime trends would have looked like in right-to-carry states had they not adopted those policies.The researchers built fictional, or “synthetic,” states as near-identical counterparts to the 33 that passed right-to-carry laws between 1981 and 2014. Using the states’ crime rates prior to the laws’ adoption, as well as national crime data from before and after, they created an algorithm to estimate what trends would have been prevalent had these areas never passed right-to-carry. The researchers then compared crime in the real states with findings from their synthetic versions.
“Ten years after the adoption of RTC laws, violent crime is estimated to be 13 [percent to] 15 percent higher than it would have been without the RTC law,” the authors concluded. Just five years after, it’s about 7 percent higher. “There is not even the slightest hint in the data that [these] laws reduce violent crime,” they write.