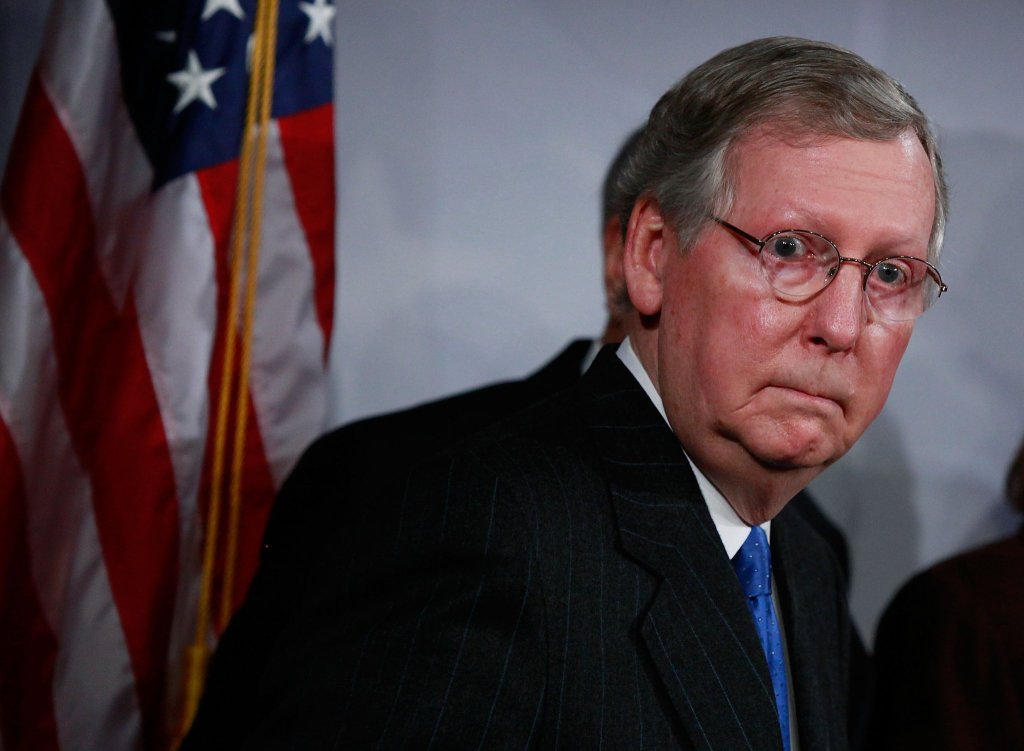 The United States has never had a Senate leader as ruthless, as willing to bend, distort and break the rules, traditions and precedents of the Senate as Mitch McConnell. And the Senate has probably never had a majority leader as effective at accomplishing his goals as Mitch McConnell—making even Lyndon Johnson look like a neophyte in comparison.That is why no one should believe that the McConnell-crafted health-policy bill is dead, despite the growing opposition and the fact that the overwhelming majority of health-policy analysts and health providers say the bill is a walking disaster. It eviscerates Medicaid—a program widely misunderstood as simply insurance for poor people, but which uses most of its money for long-term care for the elderly, and basic protection for the disabled and mentally ill populations. The overall Medicaid cuts, while spread over a longer time frame, are more severe than the draconian House bill.
The McConnell bill removes the protection of lifetime and annual limits, meaning someone with a serious illness like cancer could be cut off in the middle of chemotherapy.

It also fails the so-called “Kimmel test,” named for Jimmy Kimmel after he faced the horror of a newborn son born with a devastating heart ailment. With this bill, a newborn with a major problem requiring weeks in intensive care and multiple serious surgeries would pass both the annual and the lifetime limit within his or her first few months of life. And because the bill allows for insurers to charge much more to those with pre-existing conditions, a newborn who leaves the hospital without exceeding the lifetime limit might be unable to afford insurance for the rest of his or her life.

More generally, the bill is structured so that essential coverage provisions can be dropped, and insurers will be able to offer barebones plans with low premiums—and sky-high deductibles, far greater than those imposed by plans on the Affordable Care Act exchanges. Many people could have insurance that would be faux-insurance, something appearing great until they actually needed it, and discover that their ailment, or pregnancy, was not covered, or if it was, requires them to pay $7,500 out of pocket before it pays a dime.

Those are just a few entries in the parade of horribles in a bill written in secret by a handful of staff without input from providers, patients, the committees that know health policy, or nearly all senators of both parties. Of course, a major reason for that unprecedented process was that the bill is more about tax policy than health policy.

The big tax reform will have to wait for another budget resolution and another reconciliation bill. But without this “health” bill, a massive tax cut under the guise of tax reform faces an almost insurmountable obstacle—the requirement that it not increase deficits or debt after a 10-year window.  That is why getting a health bill that provides half the desired tax cuts and has them paid for by Medicaid cuts is so important for McConnell and his allies.To be sure, the McConnell bill looks to be in desperate straits. With 52 Republicans in the Senate, McConnell can only lose two and still rely on a vice presidential tie-breaking vote to put the bill over the top. Already, though, there are five announced “No” votes, including four arch-rightists (Rand Paul, Ron Johnson, Ted Cruz and Mike Lee) and the not-quite so-radical Dean Heller. And there are numerous others, including Susan Collins, Bill Cassidy, Joni Ernst, Bob Corker, Lisa Murkowski and John McCain, who have complained openly about the secret process or fretted about the vulnerability of their constituents on Medicaid.So why do I think this bill could well pass? First, remember that when a senator says he or she is opposed to the bill “in its current form,” that is code for, “change the current form, and I may no longer be opposed.” For an individual senator, this gives double cover. You can show your independence and mollify skeptical voters—and then proudly declare victory, that you have protected those voters, when you succeed in winning a concession.
McConnell knows this, and that is why the “draft” bill that emerged earlier this week was in many ways both tougher and weaker than observers expected. The bill was projected to phase out the Medicaid expansion with a seven-year window, compared to the three years of the House bill; it had a five-year phase out. The bill was supposed to protect states like Ohio and West Virginia with serious opioid epidemics that have expanded Medicaid; instead it provided a paltry $2 billion cushion. And the bill protected other parts of Obamacare, providing, for example, more support for poor and older individuals than the House bill.All of this may be part of the McConnell kabuki theater. Toughen up the latter provisions and Paul, Johnson, Cruz, and Lee will likely declare victory, saying that their early opposition forced McConnell to give in and further eviscerate the hated Obamacare and a large government role in health. Add $40 billion for the opioid epidemic, matching the number Ohio Senator Rob Portman said was needed to cope with the problem, and you may get Portman and his fellow skeptic, Shelly Moore Capito of West Virginia, to declare victory, proclaiming that they have saved their voters (and a core of Trump’s base) from disaster. Agree to the seven-year timetable to phase out Medicaid expansion, and you provide a rationale for Heller, along with Cassidy and others, to say they are now satisfied that Medicaid is sufficiently protected. If you can’t get Heller, who is the most vulnerable Republican senator up for reelection next year, maybe you can win over Murkowski to replace him, perhaps with promises of something additional for Alaska. And give some money and incentives to insurers to go back into exchanges in places like Tennessee and Iowa which they have abandoned, and you may nail down the votes of Lamar Alexander, Bob Corker, and Joni Ernst.With such a slim margin for error, this bill could still easily fail—and given that it is wildly unpopular and would likely create a major backlash in many parts of the country, and was put together without any real input from most of the stakeholders including the vast majority of Republicans in the Senate, it should and would fail under normal circumstances.

But we do not reside in normal times, McConnell is not a normal leader, and the contemporary Republican Party—one contemptuous of normal standards of behavior or representative process—is itself anything but a conventional American political party. With the drive for a historic tax cut in the balance, make the odds 6-5 in favor of McConnell snatching victory from the jaws of defeat—to the detriment of millions of Americans who count on a health-care safety net, and who will end up paying with their health and money to give another $7 million a year on average to the Forbes 400 richest Americans.