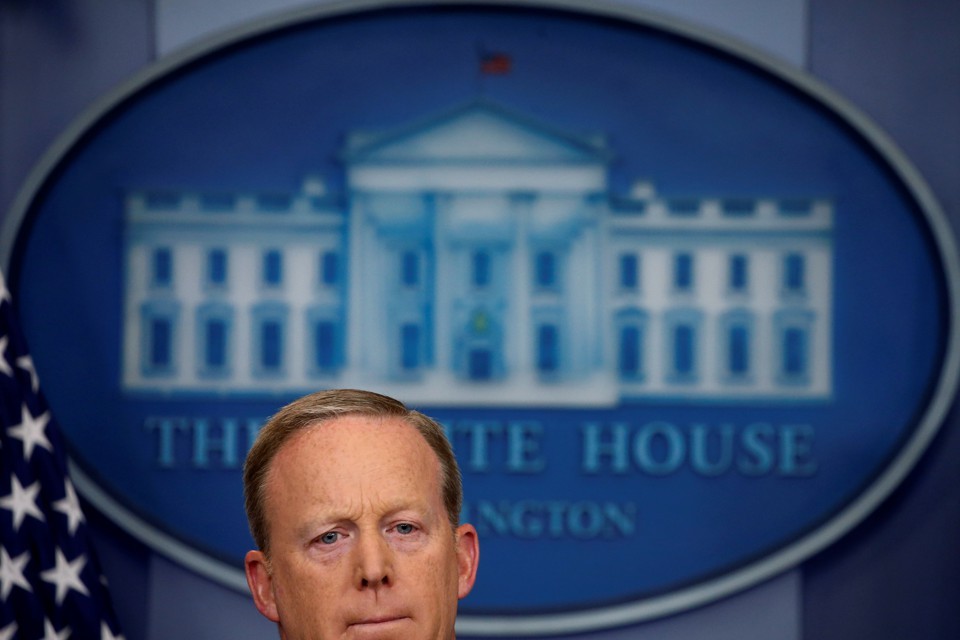 There’s more than one way to kill a briefing. The Trump administration has adopted various tactics to slowly strangle the daily White House encounter between press and spokesman: Make them shorter, kick cameras out, ban audio recordings, and so on.

When the White House schedule went out Monday night, there wasn’t even a gaggle scheduled with Sean Spicer, the press secretary. Tuesday morning, amid criticism, an on-camera briefing with Spicer was announced.

But as the event showed, it’s almost not worth the trouble. Toward the end of the (very short) briefing, Spicer was asked to answer “just very plainly … does President Trump believe that the Russian government interfered in the 2016 elections?”

Spicer demurred: “I have not sat down and talked to him about that specific thing.”

The reporter, incredulous, pointed out that there were 16 intelligence reports that had claimed Russian involvement. Surely the president has a view on them?

“I have not sat down and asked him about his specific reaction to them, so I’d be glad to touch base and get back to you,” Spicer replied.

Incredulity is the appropriate response here. It’s all but impossible to believe that the White House press secretary, the chief spokesman for the president, has not spoken to Trump about his views on a topic so basic and of so much obvious public interest.

The question wasn’t about Trump’s views on a minor topic of arcane policy, but about a matter looming over all of national politics every day.

So either Spicer is lying and has talked to Trump; or else Spicer’s presence is totally pointless, because he’s not only unwilling but actually unable to respond to the most basic questions. How could any spokesman be so ineffective (or cowed by his boss) as to avoid such a topic, and why would anyone take his comments seriously if he is so badly out of the loop?

Truth be told, the question was a little bit silly. Trump acknowledged Russian interference, grudgingly, back in January. But given that the answer was knowable, Spicer’s evasiveness was all the more telling.

Elsewhere in the briefing, reporters asked Spicer for the White House’s views on Tuesday’s heavily anticipated special election for U.S. House in Georgia. Once again, this should have been easy. Trump has tweeted seven times about the race in the last two days alone. But Spicer repeatedly declined to comment on the voting.

Maybe Spicer simply doesn’t know the answers. Or maybe he is scared to say anything definitive about the president’s positions. Trump is said to watch the briefings carefully and critically. He also has a tendency to change his mind suddenly on basic positions, and to undercut the public statements of spokespeople, Cabinet members, and the vice president alike. Indeed, during Tuesday’s briefing, Spicer said, “We’ve had  I think positive moment on China over the past five months of this administration. We continue to work with them and others to put the appropriate pressure on North Korea.” Moments after the briefing ended, Trump tweeted a statement that seemed to totally contradict that:

While I greatly appreciate the efforts of President Xi & China to help with North Korea, it has not worked out. At least I know China tried!

The president is said to believe that he and his Twitter feed are his own best outlets for messaging. Sean Spicer seems determined to prove him right on a nearly daily basis.