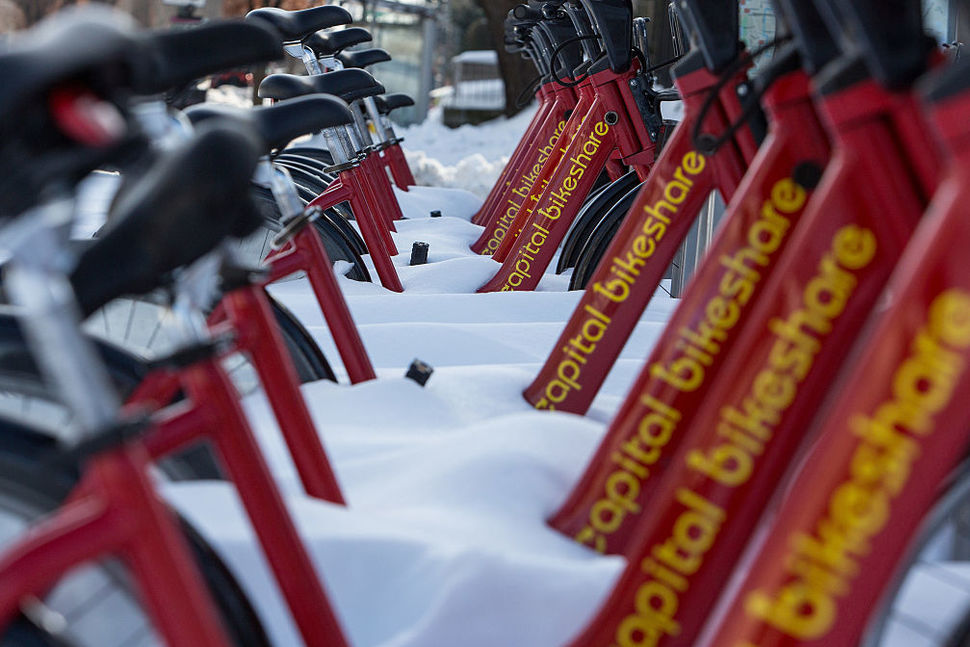 Like a child, Trump flexed his presidential muscles in another inappropriate manner by removing the bike share program started by his predecessor, President Obama.

In 2010, the Obama administration installed the nine-slot station that sat behind the White House’s security perimeter at 17th Street and State Place NW, making it inaccessible to members of the general public. District Department of Transportation spokesperson Terry Owens told the Washingtonian the bikes were removed earlier this week at the Trump administration’s request.

Former President Barack Obama was generally viewed as a bike-friendly president, having sponsored the popular Transportation Investment Generating Economic Recovery, or TIGER, grant program that Trump has suggested be cut. Obama even went for a spin or two in his free time.

President Trump’s relationship with the two-wheeled set is not so rosy. As a self-promoting businessman in the 1980s, Trump sponsored a bike race (called, inevitably, the Tour de Trump) that drew crowds wielding signs containing phrases like “Eat the Rich!” and “Die, Yuppie Scum!” As a candidate in 2015, Trump made fun of then-Secretary of State John Kerry—an avid amateur athlete—for breaking his leg in a crash while riding his Serotta in France.