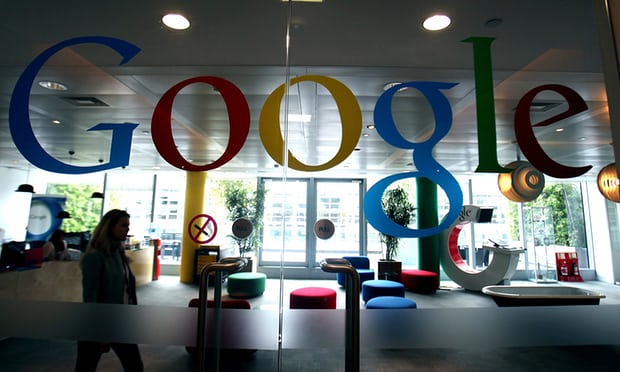 Google systematically pays women less than men doing similar work, according to a class action-lawsuit accusing the technology company of denying promotions and career opportunities to qualified women who are “segregated” into lower-paying jobs.

The complaint, filed Thursday on behalf of all women employed by Google in California over the last four years, provided the most detailed formal accounts to date of gender discrimination and pay disparities at the company after months of criticisms and a growing chorus of women publicly speaking out.

“We’ve been talking about these issues for a long time, and it hasn’t really changed,” Kelly Ellis, a former Google employee and a lead plaintiff on the case, told the Guardian in her first interview about the suit. “There’s been a lot of PR and lip service, but … this is going to be one of the only ways to get these companies to change how they hire and compensate women.”

The claim that Google is violating labor laws by paying women less than men for “substantially similar work” comes at a time when the male-dominated tech sector is reeling from complaints about sexual harassment, discrimination and a glaring lack of diversity. The US Department of Labor (DoL) first accused the corporation of “extreme” pay discrimination in April as part of a lawsuit seeking to force Google to hand over salary records for a government audit.

The new lawsuit could have widespread ramifications, especially considering that Google has publicly insisted it has eliminated its gender pay gap and is a leader in the industry. Google also became ground zero for an international debate about diversity last month after it fired a male engineer who wrote a memo criticizing affirmative action and suggesting that white men have become victims of “discrimination” in tech.

Google disputed the central claims of lawsuit on Thursday, saying it had “extensive systems in place to ensure that we pay fairly”.

When Ellis was hired in 2010 as a software engineer for Google Photos, the company placed her into a “Level 3” position typically assigned to new college graduates, according to the suit.

Several weeks later, Google hired a male software engineer, who graduated the same year as Ellis, into a “Level 4” position on her team, the complaint said. Level 4 engineers “receive substantially higher salary and opportunities for bonuses, raises, and equity”, her lawyers wrote.

“I was so excited just to be there. I really wanted to give Google the benefit of the doubt,” Ellis said in an interview.

But other male software engineers who were less qualified than Ellis or at the same level were promoted into Level 4 and higher positions, according to the suit. Google initially denied Ellis a promotion, despite “excellent performance reviews”, claiming she hadn’t been at the company long enough, the suit said. By the time she advanced, she said, she was far behind her male counterparts who had better opportunities from the start.

We’ve heard from a lot of women about stereotypes and perceptions that women can’t do coding. It’s demoralizing

Ellis, who has a degree in applied mathematics and a minor in computer science, had experience in back-end development. But “Google assigned her to an occupationally-segregated frontend engineering role”, the suit said. She quit in July 2014 due to the “sexist culture at Google”, according to the complaint. Ellis previously made headlines in 2015 when she tweeted about harassment at Google.

Another plaintiff, Holly Pease, was hired in 2005 and advanced to a senior manager role overseeing about 50 software engineers and product managers across multiple teams. Although she had more than 10 years of experience as a network engineer before Google, she was placed into a “non-technical” career track while the engineers she managed and the other senior manager in her group, a man, were all in “technical” roles, which come with higher compensation rates, the complaint said.

Pease later coached non-technical employees on how to pass interviews to transition to technical jobs, helping many get promotions, including a male manager a level below her who had performed poorly, according to the suit.

But Pease herself was denied a promotion to a technical position, the complaint said: “Ms Pease’s two interviewers, both men, did not ask her any technical questions, and one interviewer did not even bother to take notes of the meeting with her.”

Google claimed she “lacked technical ability” despite her technical background, according to the suit. She resigned in 2016 due to the “lack of technical and engineering opportunities available to her and other women”.

James Finberg, one of the civil rights attorneys who filed the suit, told the Guardian that more than 90 women who previously worked or currently work at Google have contacted him about the class action.

“We’ve heard from a lot of women about stereotypes and perceptions that women can’t do coding,” he said. “It’s frustrating and demoralizing.”