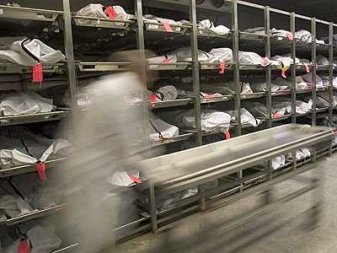 Flu season arrived early in the US this year, and it’s been deadly. To make matters worse, the current vaccine isn’t working very well against one of the most common strains of the virus.

Perhaps most the most unusual thing about this year’s flu, experts say, is that it’s hitting almost everyone at the same time.

The flu is “widespread” in 49 states right now, according to the CDC (Hawaii is the only state without that distinction). Doctors at the CDC say they haven’t seen that kind of across-the-board flu circulation in the last 13 years of tracking the flu, or maybe ever.

A quick and deadly spread

The prevalence of the flu has led to shortages of anti-viral drugs that doctors prescribe in the first 48 hours of illness to make the bug shorter and milder. Pharmacies in San Francisco and Atlanta have reportedly been running out of the drugs, but while there have been nationwide shortages in the past, the US Food and Drug Administration says there are no current shortages of brand name or generic drugs.

At least 21 children have died from the flu so far this season, and Dan Jernigan, who directs the CDC’s influenza division says it’s likely that the actual number of kids who’ve been killed across the country could be double what’s been reported.

On Tuesday, NBC reported that a fourth-grader from Connecticut died suddenly due to complications from the flu while away at a hockey event. It is not known whether the boy had been vaccinated, but a 2017 study showed that getting a shot can significantly reduce a child’s likelihood of dying from the flu.

In California alone, 43 people under the age of 65 have died, most of whom were un-vaccinated adults, the California Department of Health said. One victim in the state was a 40-year-old marathon-running mother whose flu led to pneumonia and sepsis, according to CBS.

In Alabama, Gov. Kay Ivey declared a public health emergency last week, saying hospitals and health care workers were “overwhelmed” with sick patients, and “taxed to such an extent that care of patients may now no longer be provided in the traditional, normal, and customary manner.”

Part of the problem this season has been the prevalence of a deadly strain of influenza ‘A’ called H3N2. So far, nearly eight of every 10 lab-confirmed flu cases have been that aggressive strain, which is also being called the “Aussie flu” since Australia’s flu season preceded the US’ and was unusually severe as well.

H3N2 is not well served by vaccines because it rapidly evolves and is difficult to grow successfully in eggs, which is how most flu shots get made.

But this season’s deadly flu is not without precedent. Severe flu seasons can kill upwards of 56,000 people every year in the US, and lead to up to $10.4 billion in direct medical costs. The flu reaches “epidemic” levels at some point every year — officially, that’s when the number of people killed by the flu passes 6.8% of all US deaths (as happened earlier this month).

“You just don’t think that a healthy 40-year-old woman is gonna die from the flu,” said Walt Oxley of his daughter, Katie Oxley Thomas.

He says the California mother of three was in excellent health. She practiced yoga and ran three marathons.

“She was just in the peak of her life,” Oxley said.

Oxley says Thomas visited the hospital twice in two days – both times diagnosed with the flu and sent home to rest. She was admitted to intensive care just days later and died within hours.

“The flu had gone to pneumonia that had gone to septic shock,” he said. “And it consumed her so quickly it was – it’s still hard to grasp.”

Thomas is one of 42 people in California under 65 who have died from the flu this season.

Over the weekend, 10-year-old Nico Mallozzi was traveling with his hockey team in western New York when he was diagnosed with the flu. He died on his way back home to Connecticut.

The worst may or may not be over

Some new evidence suggests the H3N2 strain of the virus may be peaking this month.

Flu watchers at the CDC say they’re starting to see more influenza ‘B’ popping up in their tests, and those ‘B’ viruses are better served by this year’s vaccine. (In one study, the flu shot worked against 54% of influenza B cases, while its effectiveness against H3N2 strains was closer to 33%.)

Despite years of modeling, the fate of the flu season is still near impossible for experts to predict. The virus moves quickly, changes rapidly, and mutates drastically from year to year. That’s why a universal flu vaccine that could protect patients for life has so far been impossible for drugmakers to produce.