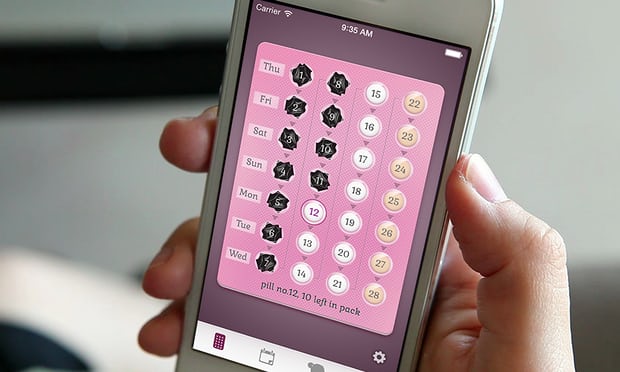 Back in 2014, Apple released HealthKit, an app that let people keep track of a vast array of health and fitness data – everything from blood alcohol levels and sodium intake to body temperature. What you couldn’t track, however, was your period. Not one person at Apple had stopped to think a period tracker might be useful. And that’s because Apple, like most tech companies, is dominated by myopic men.

Four years later, female engineers are still very much a minority in Silicon Valley. However, progress is slowly being made and the future of tech is looking decidedly more female-friendly. Take the dating app Bumble, for example, which was started by Tinder co-founder Whitney Wolfe Herd and has been designed with a women-centric interface.

When two users of the opposite sex match on Bumble, the woman must send the first message, bucking the convention that men make the first move. Focusing on women has paid off; Bumble had a stellar 2017 and is valued at more than $1bn. And Bumble is just one of a growing number of apps designed with women in mind. From pedicure-scheduling to confidence-boosting to pill-planning, when it comes to a female need, there’s now often an app for that.

Here are a few of the best:

Does your period used to take you by surprise every month? Despite years of menstrual bleeding, some women say they never have any idea when there’s is due. But the period-tracking app Clue can change your life. Over the course of a few months, it gets to know your cycle – you input which dates you are bleeding – and predicts when your next period is due. It can track your energy level, appetite, skin, digestion – and it can tell you when you’re most fertile. Some women say they now plan holidays around it.

Even if you’re lucky enough not to be emotionally debilitated by the hormonal surges of the contraceptive pill, you still have to contend with the waves of panic that come with forgetting to pop it. iPhone reminders and alarms can too easily be swiped away into the ether, or become a source of office-disrupting embarrassment. But myPill not only fires off silent reminders, it continues to show notifications after you’ve dismissed them. The virtual packet allows you to mark off the pills you’ve taken, meaning you can check whether you really did take “Monday” or simply imagined it (it happens), as well as being able to visualize the month ahead.

Sort of a combination of hypnotherapy and meditation, Clementine helps reduce anxiety and enhance positive emotions. It is pitched as a fix “for the modern woman”; it is by no means a cure-all, but the “confidence boost” session can work a charm. It asks you to imagine what success would look like and prompts you to work towards it, rather than getting bogged down thinking about what could go wrong. At just five minutes long, this session is also easy to integrate into everyday life. Similarly, the “take a breather” session helps users relax and gain mental and emotional balance. Just click play and within five minutes, you’re feeling great again.