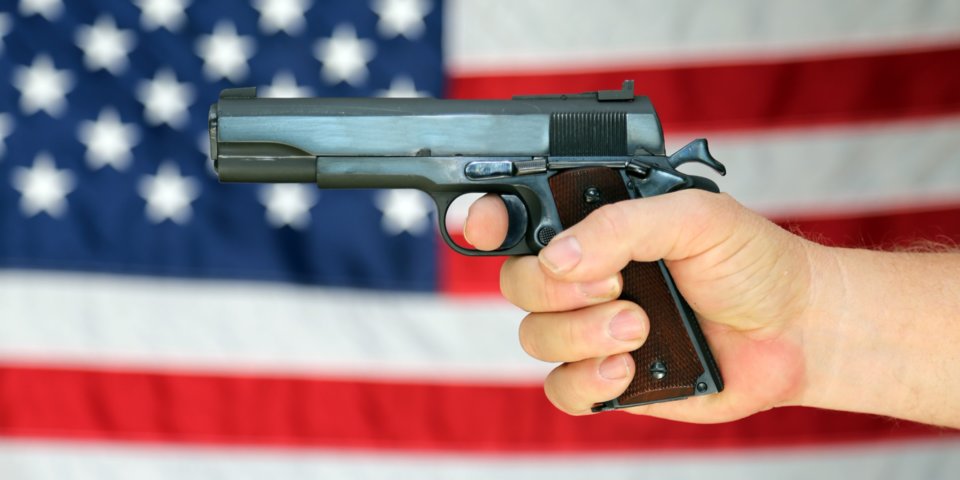 Nearly 13,000 people in the US were murdered with firearms in 2015, not including suicides. Yet the US government on Wednesday ended a decades-old restriction on federal research into guns.

Assaults by firearm kill about 13,000 people in the US each year, which translates to a roughly 1-in-315 lifetime chance of death from gun violence. These numbers do not include mass shootings, which are tallied separately.

That’s about 50% more likely than the lifetime risk of dying while riding inside a car, truck, or van. It’s also more than 10 times as high as dying from any force of nature, such as a hurricane, tornado, earthquake, flood, or lightning strike.

These measures suggest Americans are more likely to die from gun violence than the combined risks of drowning, fire and smoke, stabbing, choking on food, airplane crashes, animal attacks, and natural disasters.

Gun violence in the US is now a leading cause of death, according to the CDC.

Although gun violence is one of the leading causes of death in America, it is also one of the most poorly researched, according to a January 2017 study published in the Journal of the American Medical Association.

The study ascribed this dearth of research to restrictions — namely an addition to a 1996 congressional appropriations bill called the Dickey Amendment, which stipulated “none of the funds made available for injury prevention and control at the Centers for Disease Control and Prevention may be used to advocate or promote gun control.”

What research has been done has been at private institutions like the Harvard Injury Control Research Center. Their study shows a clear connection between gun ownership, gun availability, homicides, and violent death.

A roundup of gun-control and gun-violence studies shows Americans represent less than 5% of the world population, but possess nearly 50% of the world’s civilian-owned guns.

Arguments about the exact meaning of “assault weapon” obfuscate an important point: When people in the US were allowed to start buying military-style firearms with high-capacity magazines, the number of people dying in gun massacres shot up.

These are the unvarnished facts about America’s dark truth.