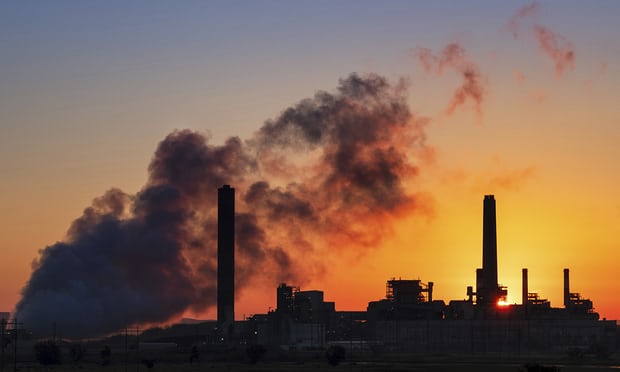 The Trump administration has put forward a greenhouse gas emissions plan that could boost output from coal-fired power plants rather than push them towards closure and result in as many as 1,400 premature deaths each year.

Amid outcry from activists and a promise to sue from the attorney general of New York, one prominent environmentalist called the plan “a disaster for public health and the climate”.

The proposal, crafted by the Environmental Protection Agency (EPA), dismantles Barack Obama’s signature climate change policy and replaces it with a system that relies on states to come up with ways to make power plants more efficient.

The new approach is expected to reduce carbon dioxide emissions from power plants by up to 1.5% by 2030, the EPA said, should all states implement effective plans.

That is well below the 32% reduction target by 2030, from 2005 levels, set by Obama’s clean power plan. The Trump administration said the reductions would be “comparable” due to changes in the energy market.

Easing the pressure on industry will bolster coal’s fortunes over the next decade, compared with the clean power plan, as well as slightly reducing electricity prices.

It will also result in the release of more soot and smog-forming chemicals that will kill up to 1,400 Americans a year by 2030, EPA documents show. It will also cause an extra 40,000 cases of worsening asthma and 60,000 lost school days by 2030.

An analysis by the EPA last year showed the clean power plan would prevent about 4,500 premature deaths a year by 2030.

Wheeler, a former coal lobbyist, said there were “very aggressive” programs to ensure Americans are not harmed by air pollution, adding that the Obama policy was an “overreach” that exceeded EPA authority.

Environmentalists immediately called the new plan the “dirty power scam”. Ken Cook, president of the Environmental Working Group, said: “Trump’s latest scheme to bail out the coal industry is a disaster for public health and the climate.”

The clean power plan set the first national US pollution limits on coal plants but has never come into force, after a coalition of states challenged it in court. In 2016, the US supreme court paused the plan ahead of legal arguments.

The plan was the centerpiece in an effort to lower emissions and help meet international climate change goals set out in the Paris agreement, which Trump has pledged to leave.

Barbara Underwood, attorney general of New York, promised to sue the federal government should the new EPA plan be enacted.

“Climate change is real, no matter how much this administration tries to deny it,” she said. “We need strong, immediate action to drastically cut climate change pollution and promote affordable, clean and sustainable energy – not foot dragging and backtracking that seeks to prop up dirty, expensive power plants.”

The new plan would put the “health of all Americans at risk, and especially those who are most vulnerable, including children, older adults and people with asthma and heart disease”, said Harold Wimmer, president of the American Lung Association.

The coal industry welcomed the move, which follows attempts by the Trump administration to pare back emissions standards for vehicles and throw open more of America’s lands and waters to mining and drilling.

Hal Quinn, president of the National Mining Association, said: “The policy put forward by the previous administration was an illegal attempt to impose a political agenda on the country’s power system.”