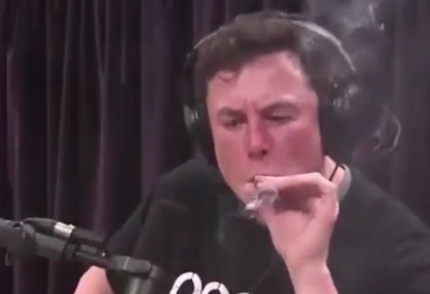 The company’s head of accounting, Dave Morton, and head of human resources, Gaby Toledano, said they were leaving the company, which has been placed at the centre of a string of controversies by its maverick CEO.

Morton, who joined the company just one month ago, said he was leaving because “the level of public attention placed on the company, as well as the pace within the company, have exceeded my expectations”.

“This caused me to reconsider my future. I want to be clear that I believe strongly in Tesla, its mission and its future prospects, and I have no disagreements with Tesla’s leadership or its financial reporting.”

Morton joined the company one day before Musk tweeted that he was considering taking the company private with “funding secured”. The plan was abandoned 17 days later, but not after drawing a subpoena from the Securities and Exchange Commission and a series of lawsuits alleging market manipulation.

Toledano, who has been on leave of absence from the company, told Bloomberg she would not be returning to the firm.

The pair quit a day after Musk provoked fresh concern after smoking marijuana on a live web show with US comedian Joe Rogan.

Musk, 47, spent two-and-half hours on the streamed podcast late on Thursday discussing everything from artificial intelligence and its impact on humankind to flame throwers and social media.

Taking a puff from a joint – which Rogan said was a blend of tobacco and marijuana and is legal in California – Musk said he “almost never” smoked. “I’m not a regular smoker of weed,” Musk said. “I don’t actually notice any effect … I don’t find that it is very good for productivity.”

Musk stunned investors last month with tweets saying he had funding to take the company private for $420 a share. He then backed off from his plan saying Tesla was better off as a public company.

Earlier this week Musk escalated his baseless attacks against the British diver Vernon Unsworth, claiming that the man who helped rescue children from a cave in Thailand was a “child rapist” in an email to a reporter. Neither Tesla nor Musk have commented on the Buzzfeed report.

Musk first called the diver Unsworth a “pedo” in a July tweet – an unfounded claim against a man who was part of the international team that freed 12 young footballers and their coach from the Tham Luang cave complex. Musk, who had unsuccessfully attempted to assist the rescue mission, eventually apologized to Unsworth.

Musk’s behaviour has raised concerns about his leadership and several Wall Street analysts have called for the company to appoint a strong deputy to prop up Tesla’s operations and standing with investors.

“We have been calling for a Co-CEO or COO to assist to codifying the leadership structure and in so doing, the culture at Tesla,” said James Albertine, an analyst at brokerage Consumer Edge. “We think this is further evidence that the time is now for management and the board to address these issues.”

Many senior executives have quit Tesla recently. In the first three months of the year, the company lost Morton’s predecessor, Eric Branderiz and Susan Repo, who was treasurer and vice president of finance. Chief financial officer Deepak Ahuja retired in 2015, but returned in 2017 after his successor, Jason Wheeler, quit after 15 months.

Many of Musk’s Twitter followers questioned if smoking marijuana was against the company’s policy, while others mocked the CEO’s initial $420 bid, a number that has become code for marijuana.

“Elon getting high on weed and whiskey is the first reason to go long on $TSLA in a while. He needs to relax a bit,” one Twitter user said.