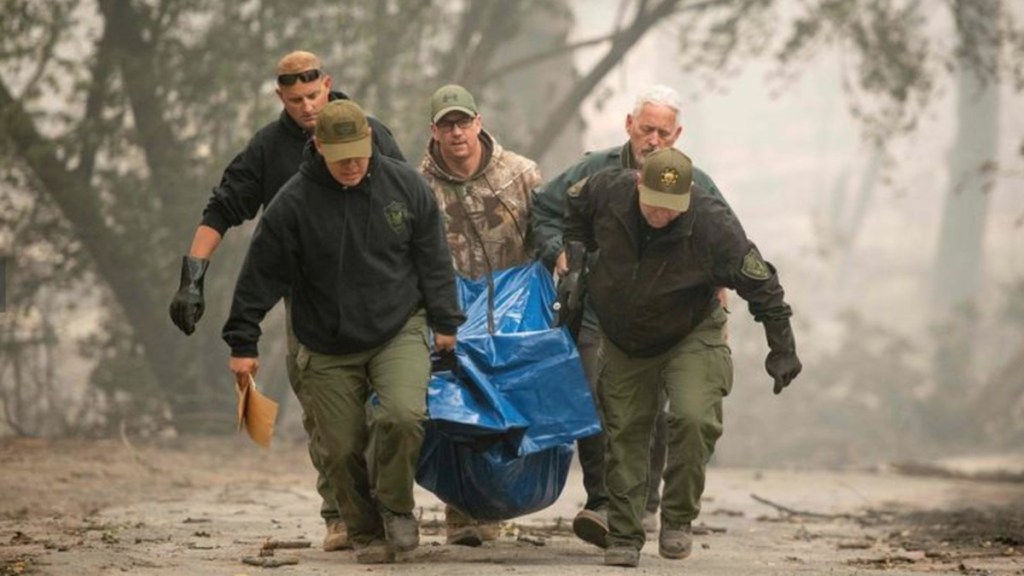 The leaders of two firefighters associations have blasted President Donald Trump’s tweet about California wildfires as “ill-informed” and “shameful,” arguing that the federal government is largely responsible for the ongoing problem.

At least 29 people have been killed and tens of thousands evacuated as a forest fire ravaged the Northern California city of Paradise over the weekend. In Southern California, two other bodies were recovered from a forest fire, bringing the state’s death toll to 25. Forest fires have been a constant problem in California for many years, regularly costing lives and billions in damages.

Addressing the disaster in a Saturday tweet, Trump lashed out at California’s management of forests as the cause of the fires, threatening to cut payments from the federal government.

“There is no reason for these massive, deadly and costly forest fires in California except that forest management is so poor,” the president wrote on Twitter. “Billions of dollars are given each year, with so many lives lost, all because of gross mismanagement of the forests. Remedy now, or no more Fed payments!” he threatened.

Although Trump later sent out another tweet, saying “God bless them all,” referring to firefighters and those impacted by the devastation, the heads of the California Professional Firefighters (CPF) and the International Association of Fire Fighters (IAFF) released statements slamming the the president’s remarks.

“To make crass suggestions such as cutting off funding during a time of crisis shows a troubling lack of real comprehension about the disaster at hand and the dangerous job our fire fighters do,” Harold Schaitberger, General President of IAFF, which represents paid full-time firefighters and emergency medical services personnel in the United States and Canada, said.

“His comments are reckless and insulting to the fire fighters and people being affected,” Schaitberger added.

CPF President Brian K. Rice shared similar sentiments, while also pointing out that Trump’s tweet demonstrates a misunderstanding of the reality of how forests are managed in California.

“The president’s message attacking California and threatening to withhold aid to the victims of the cataclysmic fires is ill-informed, ill-timed and demeaning to those who are suffering as well as the men and women on the front lines,” Rice said. “The president has chosen instead to issue an uninformed political threat aimed squarely at the innocent victims of these cataclysmic fires,” he added.

Continuing, Rice explained that Trump’s “assertion that California’s forest management policies are to blame for catastrophic wildfire is dangerously wrong.”

“Wildfires are sparked and spread not only in forested areas but in populated areas and open fields fueled by parched vegetation, high winds, low humidity and geography. Moreover, nearly 60 percent of California forests are under federal management, and another one-third under private control. It is the federal government that has chosen to divert resources away from forest management, not California,” he pointed out.

“We would encourage the president to offer support in word and deed, instead of recrimination and blame,” he concluded, pointing out that wildfires are not a partisan issue. “Families are in mourning, thousands have lost homes, and a quarter-million Americans have been forced to flee,” he said.

While Trump blamed forest management, experts have often pointed out that climate change is a leading factor behind an uptick in fires throughout California and other western states. As president, Trump has removed the U.S. from the Paris Climate Accords, which aimed to curb the impact of climate change globally. He has also expressed constant skepticism of the established science that demonstrates significant warming and change around the planet, while cutting regulations intended to curb pollution and emissions.

“As, frankly, someone that was evacuated and has visited burnt-out homes, that Trump tweet today blaming the state was an insult and so uninformed,” Glen MacDonald, a geography professor at the University of California, Los Angeles, who has studied climate change and the effects of wildfires for decades, said.  “There are no forests to manage here. Coastal fires and shrubs are part of what burnt. It was a statement made with insensitivity and ignorance.”