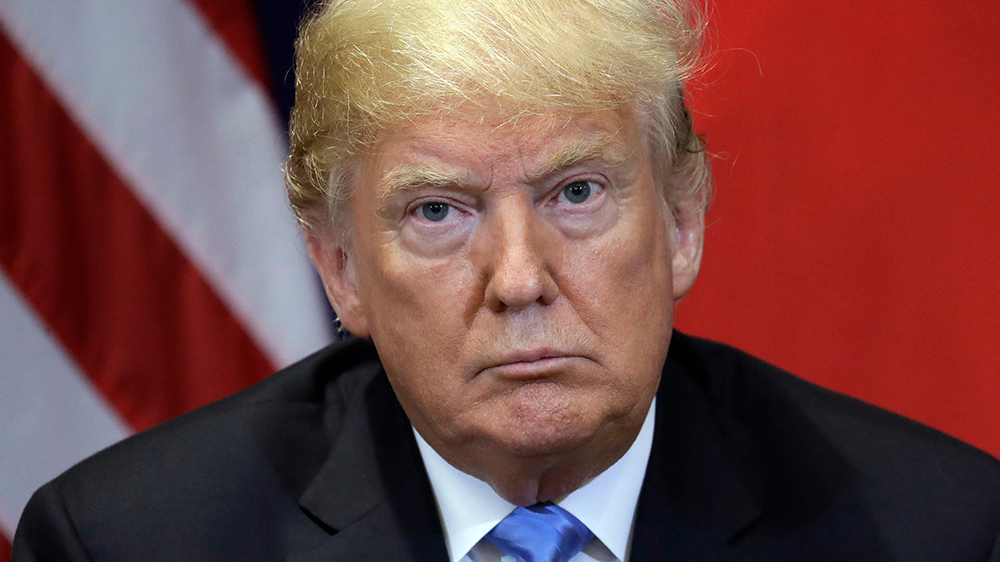 Everyone on Wall Street now seems to agree that economic growth is slowing.

So what did the Trump administration accomplish by cutting tax rates? Well, there is the higher federal deficit and larger indebtedness for the country. But that’s not an accomplishment. That’s a nightmare.

Defenders of the tax cuts suggest they were only expected to give the economy a one-time boost. But that’s not true. The lower tax rates continue (as does the increased debt), so the benefits to the economy should have been ongoing.

So what went wrong?

The sharp cut in tax rates President Trump signed last year was supposed to trigger an investment boom. In June, six months after the tax cuts went into effect, Trump called the tax-cut law an “economic miracle” and said, “Our country is doing so well. I don’t think it’s ever done like this, in terms of the economy.”

The miracle was more like a mirage. One key element of the Republican tax legislation was a sharp cut in the corporate tax rate, from 35% to 21%, which went into effect at the start of the year. As expected, the tax cuts roughly doubled the growth rate in corporate profits. Investors expected a stock-market rally. Yet equities have wobbled all year and the S&P 500 is down slightly in 2018.

The market, apparently, hasn’t been fooled by the bubbly math accompanying the corporate tax cuts.  Earnings growth for the S&P 500 rose from 12% last year to an estimated 23% this year, according to Goldman Sachs. But EPS growth is likely to drop back to 6% next year and just 4% in 2020. Those numbers are still good, and the lower growth rates of the next two years will come atop higher baseline profits. But the sharp slowdown in earnings growth that investors now expect explains a good part of the stock-market selloff of the last two months.

Trump also claimed that corporations overflowing with profits would spend big on new facilities and more workers. But that isn’t happening, either. A variety of indicators, such as business fixed investment and capital goods orders, show that businesses are spending at roughly the same pace, or perhaps even a bit less, than they were before the tax cuts went into effect. “There has been a clear leveling off in both capital goods orders and shipments, which suggests that the near stagnation in business equipment investment in the third quarter may be the beginning of a more sustained weakness,” research firm Capital Economics wrote recently to clients. Stagnation was not something Trump or his fellow Republicans promised.

Job growth is strong, one reason the underlying economy remains relatively healthy. But the pace of job growth, averaging 213,00 new jobs per month, is just slightly above the pace in 2016 and 2017, and actually lower than the pace of job growth in 2014 and 2015. The White House says the corporate tax cuts will eventually raise pay by around $4,000 per year, which would be a 6.5% raise for a family earning the median household income of around $63,000. But pay this year is only rising by 3.1%, which is better than last year but still barely ahead of inflation. The tax windfall hasn’t trickled down yet.

As for the overall economy, GDP growth was strong in the second quarter of this year, at 4.2%—but that may have been the peak. The third-quarter growth rate dropped to 3.5%, and fourth quarter growth is running at just 2.3%, according to forecasting firm Macroeconomic Advisers. Most economists expect a slowdown during the next two years, perhaps to 2% growth. Stocks have sold off during the last several weeks in large measure because investors believe slower growth will put a lid on corporate profits and possibly lead to a recession.

Republicans who were the sole backers of last year’s tax cuts thought voters would thank them with a Republican sweep in the 2018 midterms, which was obviously a miscalculation.

Many Americans say they haven’t noticed any tax cut for themselves, even as corporate coffers swell.

Meanwhile, the government’s annual deficit, which normally goes down when the economy is strong because more economic activity generates more tax revenue, is going the opposite direction now. Annual deficits will soon top $1 trillion, with some analysts worried all that federal borrowing could force interest rates higher—another worrying contributing to the selloff in stocks.

So nearly a year after the historic Republican tax cuts, the stock market is lower, a growth slowdown seems to be underway and investors are worried about soaring levels of federal debt. This party barely got started before it was over.