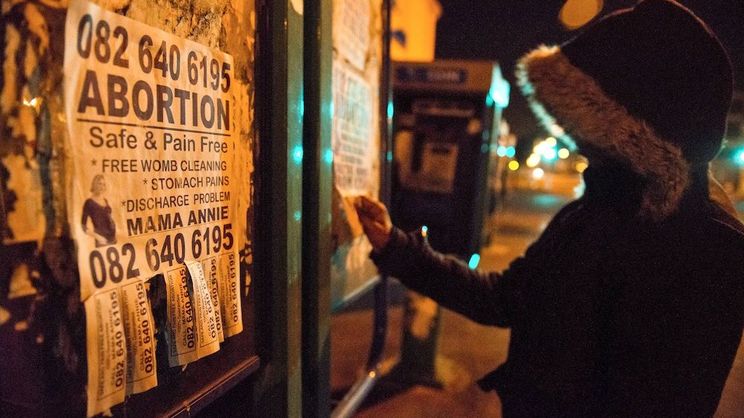 The Trump administration has taken its war on abortion worldwide, cutting off all funding to any overseas organization or clinic that will not agree to a complete ban on even discussing it.

The Mexico City policy, dubbed the “global gag” by its critics, denies US federal funds to any organization involved in providing abortion services overseas or counseling women about them. It was instituted by the then US president Ronald Reagan and has been revoked by every Democrat and reinstated by every Republican president since.

But, under Trump, the net has been thrown wider and pulled tighter than ever. Sexual health organizations have said women will die as a consequence as they pursue dangerous DIY solutions or “back street” abortions instead.

In March, the US extended the gag, stating that any organization counseling women on abortion and using funds from elsewhere – even from its own government or a donor in another country – will no longer be eligible for any US funding. The diktat applies to all global health organizations. HIV and children’s charities must sign up to the pledge, alongside those running sexual and reproductive health clinics.

What that means for organizations such as Marie Stopes International and the International Planned Parenthood Federation (IPPF) is a blight on sexual and reproductive health services even in countries where abortion is never offered because it is illegal.

Every time the global gag has been reimposed by a Republican president, rates of back street and self-administered abortions sometimes ending in death have gone up, along with unwanted pregnancies. Two years since Trump’s original edict, on the day he came into office and in line with his pledge to religious groups he courted for votes, it is still early to assess the impact, but it is likely to be considerable.

“The global gag rule hits hardest the women living at the margins – the poorest, the most remote and those under 25,” said Ana Maria Bejar, the director of advocacy at IPPF. “Progress can only be made when we can expand access for women and girls, not by reducing it.”

“The policy has had a disastrous impact for IPPF in [more than] 30 countries. Tailored services for contraception, Zika information, maternal health, antenatal care, reproductive cancers, and HIV prevention and treatment felt the brunt.

“Any cuts to critical, affordable, high-quality, integrated reproductive healthcare is denying a woman or girl the right to decide what to do with her body, her life and her future.”

IPPF had 49 projects run by local member organizations in 31 countries in Latin America and the Caribbean, sub-Saharan Africa, and South Asia in January 2017 when the rule came in. Services in some areas shrunk by up to 42% within the year and the impact is already visible.

In Kibera, one of Nairobi’s biggest slums, volunteers report a rise in sexually transmitted infections, such as syphilis, and unsafe abortions. An outreach family planning clinic arrives once a month instead of three to four times. In some rural areas of Kenya, such clinics have stopped completely. Some HIV clinics have closed.

In Dakar, Senegal, volunteers report a rise in unsafe abortions, teenage pregnancies and sexually transmitted infections in an impoverished neighborhood where three out of five clinics that had been funded by IPPF have closed.

Marie Stopes International is the other big funder of family planning services across the world. John Lotspeich, its director of external affairs, called the latest extension of the gag “quite outrageous … what they are saying is, even if an organization’s money mainly comes from other organizations, say the Danish government, there is a ban on that money from being used to discuss abortion”.

US funds, he points out, have never gone towards paying for abortion. There is a separate piece of legislation that prevents it.

Marie Stopes International supports family planning services in many countries where abortion is illegal. Some of those have ended.

“It happened very quickly in 2017,” Lotspeich said. “Most outreach services in Uganda had to stop.” In Madagascar, they had to give their trucks back to the US Agency for International Development (USAid). “They wouldn’t even let us buy them from them.

“Then there are examples in countries like Malawi, where only we and [the] IPPF are the providers.” They have had to stretch their resources, meaning fewer services are allocated across the country.

Sexual and reproductive health is a sensitive area, highly vulnerable to changes in the political and moral climate.

Lotspeich said that within three to four months of Tanzania banning pregnant girls from attending school “some of our providers say they were seeing teenage girls coming in having tried to self-abort. Being pregnant, they couldn’t go to school, so they tried to take matters into their own hands.” There can be tragic consequences.

The Danish and Canadian governments have given MSI funding. The movement She Decides was started in response to Trump’s reimposition of the gag by the Dutch government minister Lilianne Ploumen, along with her counterparts in the governments of Belgium, Denmark and Sweden. It has raised funds and championed women’s rights to sexual and reproductive healthcare, including abortion, but it cannot match the loss of funds from the United States.

US money is being switched from the big family planning providers to faith groups that have a specifically anti-abortion stance. Some are also opposed to modern contraception. They will say they do family planning – but they teach “natural” methods and abstention. There is a change in the atmosphere and the argument.

In Verona in March, the World Congress of Families held its annual rally, declaring its commitment to “the right to life” from conception, as well as marriage being solely the union of one man and one woman for life. Just as hostile to LGBTI rights and abortion is the ultraconservative CitizenGO, started in Spain but now promoting petitions in 50 countries. These movements are reinvigorated by Trump’s global war on abortion.

“We are starting to see this is a hugely political play,” Lotspeich said. “The Trump administration is giving a lot of air cover for people to express these views that women’s rights are not paramount, even though they are enshrined in the Beijing declaration and so on.”

The rhetorical battle has intensified. She Decides is leading the fight back, taking on the cause of women’s rights all over the world. But while US money is denied to those who would help women have control over their bodies, the deaths and serious mental and physical harm will inevitably continue.