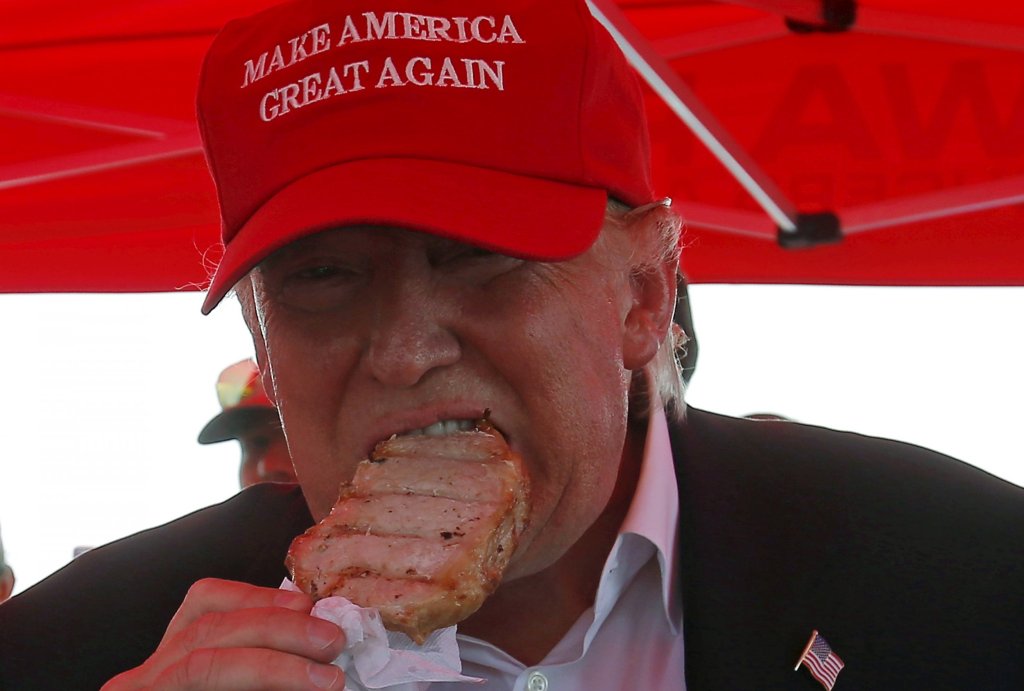 Donald Trump left supporters, allies, and even news commentators baffled by his latest tweet in which he proclaimed, “As I have stated strongly before, and just to reiterate, if Turkey does anything that I, in my great and unmatched wisdom, consider to be off limits, I will totally destroy and obliterate the Economy of Turkey (I’ve done before!).”

Most obvious is the claim of his great and unmatched wisdom. Does Trump really think his wisdom is “unmatched” and if so, is he claiming to be the wisest person on the planet Earth? Unmatched would imply that he is at the top of the heap of all the wisest in the world.

Secondly, he would “destroy and obliterate the economy Turkey.”  Last we checked, isn’t Turkey an ally? Pretty strong words for your friends in NATO.

Lastly, he wrote, “(I’ve done before!). Does Trump mean that he has destroyed Turkey’s economy before? Perhaps he meant another ally’s economy?

Maybe the president has confused Turkey the country with turkey the Thanksgiving meal, and what he really meant was that he could (and has) obliterated an entire bird before… and could do it again!

Or as the Great and Powerful Wizard of Oz said to another character who’s name also started with the forth letter of the alphabet, “It’s time to go home.”