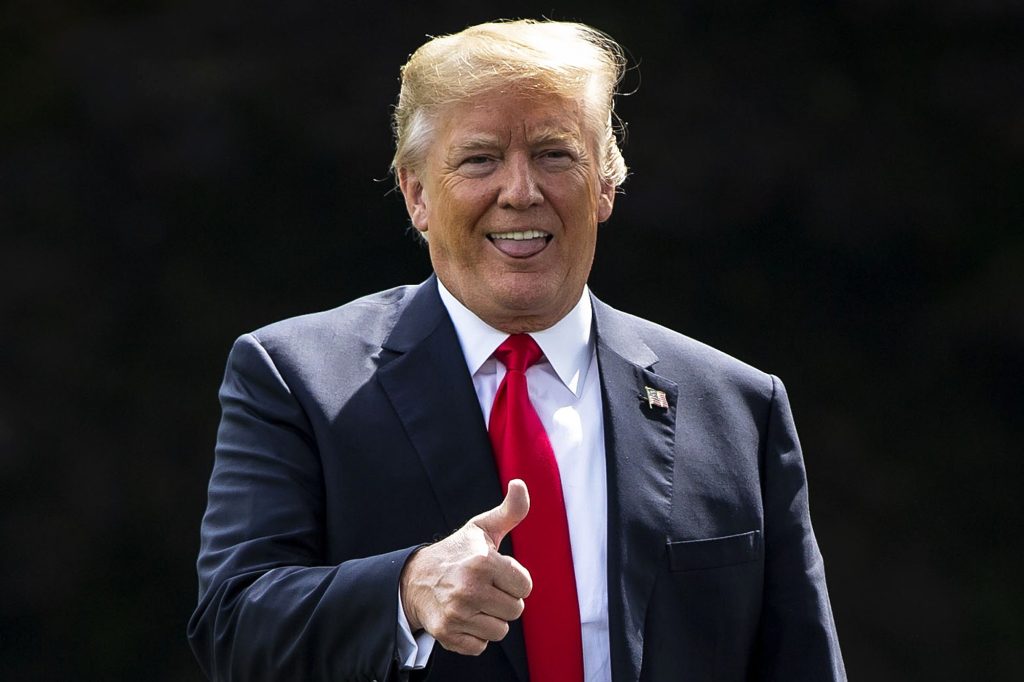 As early as January, the burgeoning novel coronavirus outbreak in Wuhan, China, was frequently highlighted in the president’s daily intelligence briefing, according to a Washington Post report.

Several current and former US officials told the Post’s Greg Miller and Ellen Nakashima that details about the virus — including updates on its spread throughout the world, information about China seeking to hide its death toll and rate of infection, and warnings that the virus may have serious political and economic consequences — were included in the President’s Daily Brief in January and February. Over that same time, President Trump and senior administration officials were still publicly downplaying the virus’s threat.

As of Monday, more than 55,000 people in the US have died of Covid-19, the disease caused by the coronavirus, and there have been nearly a million confirmed US cases, according to the Johns Hopkins tracker.

But the repeated warnings didn’t appear to catch the president’s attention. Trump routinely skips reading the PDB and even ignores the oral summaries he receives from intelligence staff two or three times each week, according to the officials, who spoke with the Post anonymously.

The Post’s reporting begins to shed light on when Trump first learned about the serious risks of the novel coronavirus. If it’s true that the PDB presented accurate information in January about the virus, then several of Trump’s early public statements look particularly bad.

On January 22, Trump told CNBC that the administration had the situation “totally under control.” Two days later, he praised Chinese President Xi Jinping over his country’s handling of the virus in a tweet.

China has been working very hard to contain the Coronavirus. The United States greatly appreciates their efforts and transparency. It will all work out well. In particular, on behalf of the American People, I want to thank President Xi!

On February 10, Trump said that the situation was under control at a campaign rally in Manchester, New Hampshire. “Looks like by April, you know, in theory, when it gets a little warmer, it miraculously goes away. I hope that’s true. But we’re doing great in our country. China, I spoke with President Xi, and they’re working very, very hard. And I think it’s going to all work out fine.”

Throughout February, Trump repeatedly said that people in the US were not in danger from the virus.

The Coronavirus is very much under control in the USA. We are in contact with everyone and all relevant countries. CDC & World Health have been working hard and very smart. Stock Market starting to look very good to me!

It wasn’t until the middle of March that Trump could no longer ignore the facts and recommended that Americans no longer gather in groups of more than 10 people.

At this point in the pandemic, the US has more confirmed cases — and deaths — than any other country, and earlier action by the Trump administration could have helped prevent the worst of it. Testing for the virus still lags behind other comparable countries, and the nation’s food and medical supply chains are strained.

Even after it became clear that the coronavirus outbreak was becoming a global threat in January, the Trump administration has been slow to prepare and react. The common refrain among experts is that other countries’ actions, such as China’s draconian measures, gave the US a bit of time to do something, but the federal government has failed to get even the basics right in that time.

That begins, first and foremost, with testing. But as report after report has confirmed, the US has done a bad job in this area — falling behind its developed peers in Europe and Asia. While the US has dramatically scaled up testing in recent weeks, health care workers and patients still complain that they still sometimes can’t obtain tests even when symptoms are present.

The Trump administration consistently failed to make things better, with reports of infighting making it harder for the administration to get its act together.

But this is exactly the kind of situation that proper preparedness, well, prepares federal agencies for. If the Trump administration had prioritized outbreak prevention before the coronavirus pandemic, it might have used the time prior to Covid-19’s appearance — or even January and February, when the global threat was increasingly clear — to establish contingencies in case something went wrong.

House Intelligence Committee Chair Adam Schiff has called for an independent commission to investigate the administration’s early actions in response to the coronavirus pandemic. That investigation could unveil what Trump and senior administration officials knew and when.

A similar investigation of the George W. Bush administration’s handling of 9/11 resulted in the declassification and release of PDBs from August 2001 indicating that officials were aware that Osama bin Laden was “determined to strike within the US.”

The official coronavirus US death toll is now the equivalent of almost twenty 9/11s. Given the outbreak’s ongoing severity, an investigation is sorely needed.