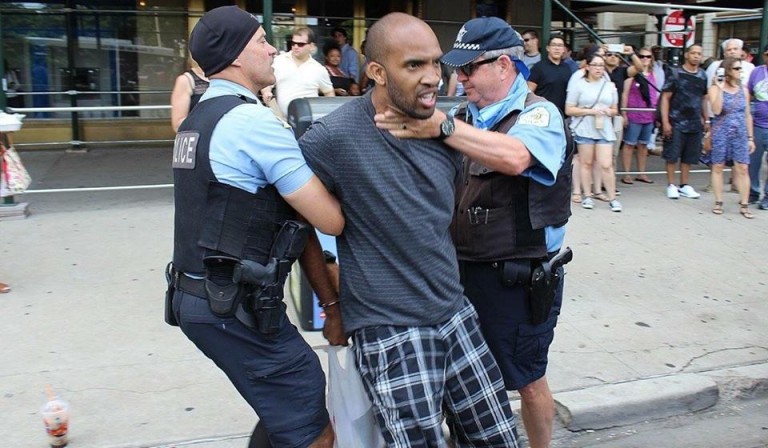 “The War on Drugs, mass criminalization and increasingly militarized police forces have led to the targeting, torture and murder of countless Americans, disproportionately black and brown,” Rep. Ilhan Omar denounced as part of a resolution introduced in Congress. This is a sentiment echoed by California Gov. Gavin Newsom and Virginia Gov. Ralph Northam among others.

As the nation is protesting racism and police brutality against black Americans, it bears repeating that drug prohibition has been both a consequence and a tool of systemic racism. An ACLU study found that “black people are 3.64 times more likely than white people to be arrested for marijuana possession, notwithstanding comparable usage rates.”

In Montana and Kentucky, black people were more than nine times more likely to be arrested for marijuana possession. In most states, racial disparities were actually larger in 2018 than in 2010.

The cops who fatally shot Breonna Taylor, the black EMT who was killed in a no-knock raid in her home in Louisville, Ky., were looking for drugs. The NYPD accused Eric Garner, a black man strangled to death by a policeman in 2014, of having marijuana to justify the extrajudicial killing. After the killing of Sylville Smith by the Milwaukee Police Department, which sparked the 2016 Sherman Park riots, the Department of Justice made a point of mentioning that drugs, including “suspected marijuana,” were found in his car.

The reason why the cannabis plant is known as “marijuana” now is because the people who wanted it banned rode a widespread racist sentiment to turn the public opinion against it. To do that, they gave it Mexican-sounding nicknames like “locoweed” and “marijuana,” to paint it as a drug used by immigrants.

As early as the Nixon years, when the War on Drugs picked up speed, it was racist ideas that led to the heavy criminalization of cannabis. Nixon’s domestic policy chief, John Ehrlichman, famously admitted it:

“We knew we couldn’t make it illegal to be either against the war or black. But by getting the public to associate the hippies with marijuana and blacks with heroin, and then criminalizing both heavily, we could disrupt those communities.”

Today, marijuana prohibition is used to target black communities, and Milwaukee is a prime example, as one of the country’s most segregated areas. In 2019, 1,175 black people were arrested for marijuana offenses in Milwaukee County. This is somehow a positive development compared to previous years: In 2018, there are 1,523; in 2014, there were 2,195.

In 2016, the Public Policy Forum published a study about marijuana repression in Milwaukee. Unsurprisingly, the map of arrests for minor marijuana offenses might as well be a map of racial divides within the city. While areas like the Historic Third Ward had fewer than one small-scale marijuana arrest per 1,000 residents, the city’s majorly black neighborhoods are where most of the arrests were made. The 53206 zip code (95% black population) and the 53210 zip code (75% black) both had more than 10 arrests per 1,000 residents.

More than half of all drug-related arrests in Wisconsin are for simple possession of marijuana, and police officers smelling cannabis (or pretending they did) has often given them probable cause to harass and arrest black Americans. This is a tool that the police has lost in the states that have legalized marijuana, which is now a majority of them.

Because black Americans face unequal enforcement of marijuana laws, these laws should be reevaluated and done away with.

“Marijuana prohibition isn’t the sole cause of America’s racial inequities, nor is it the sole reason why certain members of the police continue to engage in racially-aggressive policing and misconduct. But its criminalization is one of the tools commonly used to justify and perpetuate these injustices,” said Erik Altieri, executive director of the National Organization for the Reform of Marijuana Laws. “Will legalizing marijuana reform alone solve the problem of racial injustice? No. Is ending cannabis prohibition going to fix all of America’s social ills? No. After we legalize adult-cannabis use, will we see an end to discriminatory policing against communities of color and other marginalized groups? No. Will ending marijuana prohibition be a small step toward the greater goal of promoting justice? Without a doubt, yes.”