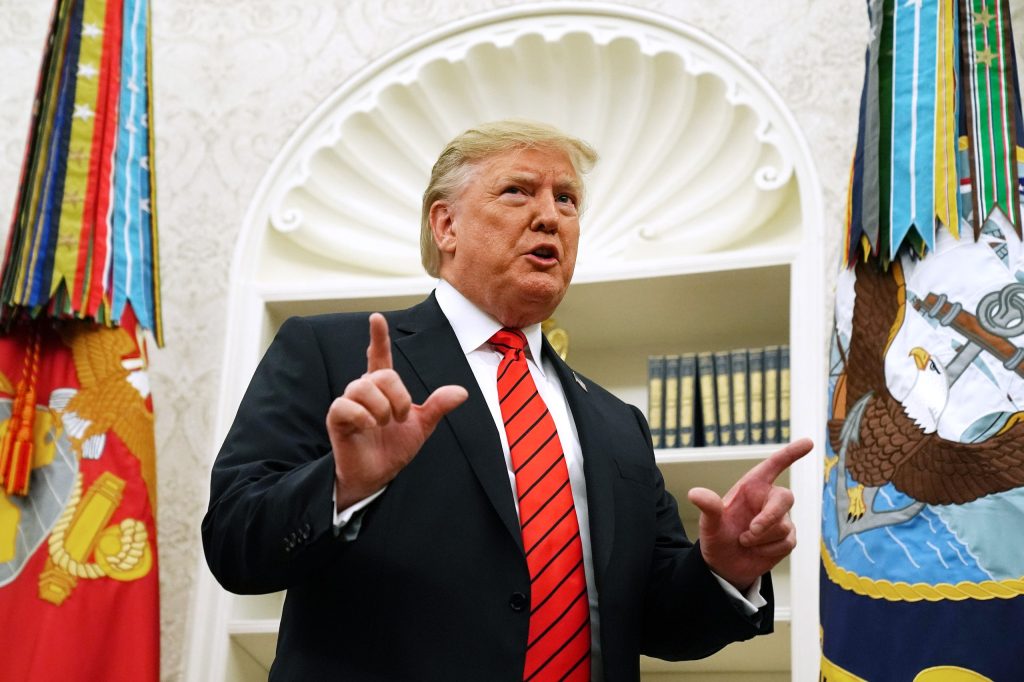 For all their handwringing since he crashed the Republican party, GOP lawmakers have never seemed to care too much about the fact of Donald Trump’s racism. Instead, their biggest concern has been his inability to hide it.

In theory, the bigotries that animate the president’s worldview can be masked with euphemism and excuses. But the fact that he so often says the quiet part out loud—calling white supremacists “fine people;” telling congresswomen of color to “go back” to where they came from; describing African nations and Haiti as “shithole countries”—makes obfuscation a lot harder, a fact that many Republicans now fear could impact their electoral prospects.

In recent weeks, as America faces a reckoning on race, things have only gotten worse. Trump has compulsively attacked the Black Lives Matter movement, sometimes with violent threats, and defended the legacy of the Confederacy as “our heritage.”

In public remarks he has likened demonstrators and Democrats to fascists and described the novel coronavirus currently ravaging the country as the “Kung Flu.” On Twitter, he has promoted a doctored video attacking the media; approvingly posted a clip of a supporter shouting “white power;” and continued to attack outspoken Black athletes—this time Bubba Wallace, the NASCAR driver he falsely accused of faking a hate crime.

Republicans have been dismayed by the outbursts, but not because they object to the substance of what he’s saying. Their concern, it appears, is that Trump’s focus on prosecuting the culture wars could lose him the White House in November, and the Senate along with it.

“Defending the Confederacy and racial dog whistles is not going to help win the suburbs,” Republican strategist Alex Conant told the Associated Press on Tuesday. “He is solely focused on a small part of his base when he should be looking to grow his support.”

“It’s true that Trump currently trails Joe Biden in the polls, thanks in no small part to the public health, economic, and social crises that have erupted on his watch and been exacerbated by his lack of leadership. Playing on racial resentments helped him win the presidency in 2016.

But advisers Jared Kushner and Kellyanne Conway have warned him that it may not work this time around, the AP reported, and that his rhetoric could turn off voters instead.

“Post-Fourth of July needs to be a pivot. We have a short period where we have to stay on message,” a White House official told NBC News. “Can we stay away from the third rail of politics, including race and divisive issues?”

The president’s allies on Capitol Hill have been asking the same question. “He’s good with the base,” Senate Majority Whip John Thune recently told CNN.

“But all of the people who are going to decide in November are the people in the middle, and I think they want the president at a time like this…to strike a more empathetic tone.”

“It’s been a couple bad weeks, and structurally we got to up our game,” added Lindsey Graham, one of the president’s closest supporters. “At the end of the day, I think a little more message discipline would help.”

The problem, of course, is not “message discipline,” but the message itself. Trump’s racist statements are not gaffes; they’re an unvarnished reflection of his views, which guide the agenda the GOP has spent the better part of four years helping him enact.

Their anxiety about his messaging seems less about what he’s saying and more about how he’s saying it, stoking private fears of “losing power” and having their party forever linked to “his racial animus,” as the Washington Post’s Robert Costa and Philip Rucker reported last week.

“The Senate incumbent candidates are not taking the bait and are staying as far way from this as they can,” Republican operative Scott Reed, chief strategist at the United States Chamber of Commerce, told the Post.

“The problem is this is no longer just Trump’s Twitter feed. It’s expanded to the podium, and that makes it more and more difficult for these campaigns.”

Of course, some are still holding out hope that Trump’s racism will ultimately play to their advantage. “Every time I think that he’s miscalculated, he comes out on the winning side of it,” Senator Kevin Cramer told the Wall Street Journal Tuesday. “The thing the president is credited with, appropriately, is really good instincts.”