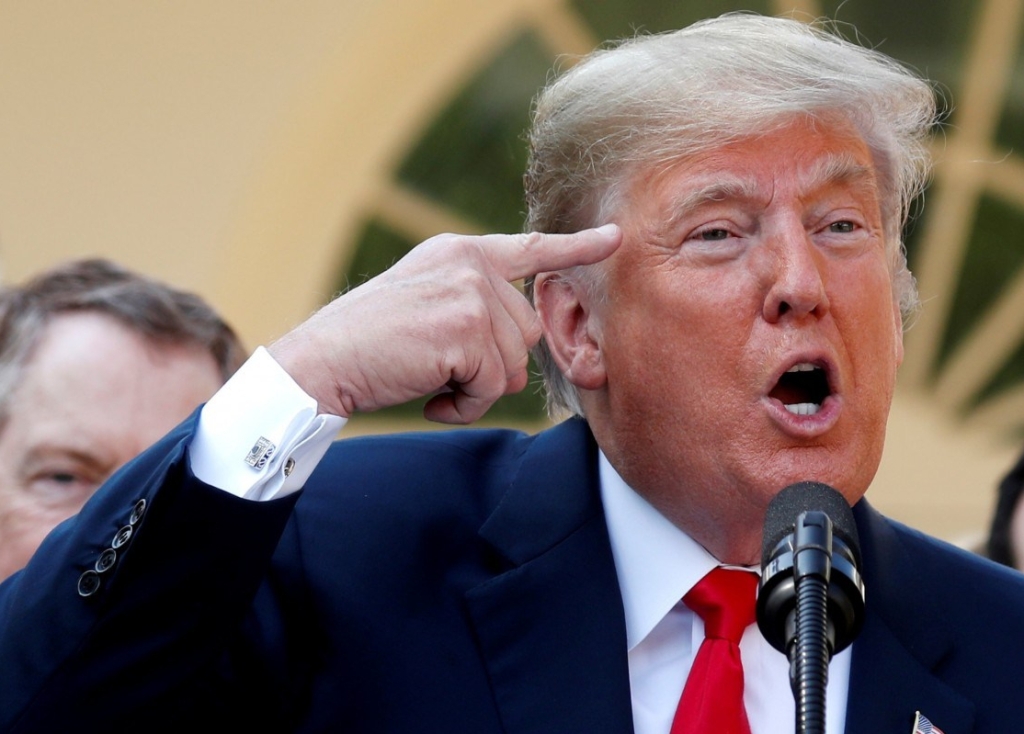 During a Fox News town hall in Wisconsin late last month, President Trump was asked by host Sean Hannity to name his top priority items for a second term. Trump gave a meandering reply about now having the “experience” of being president and living in Washington, D.C. (“Now I know everybody,” he said), then quickly pivoted to the tell-all book by his former national security adviser John Bolton — all without laying out a single policy idea or plan.

“I would blame Fox more than I blame the president, because the president, it’s easy for him to digress here and there, but Hannity — you assume Fox wants him to get reelected,” Grassley said. “Hannity should have got him back on the subject.”

In an interview with Sinclair Broadcasting the following day, former Fox News host Eric Bolling gave Trump an opportunity for a do-over, asking what would be the “main focus” of his second term.

Trump replied with the slogan of his 2016 presidential campaign.

Trump’s struggle to deliver a concise argument for his reelection has alarmed Republicans, particularly because he has fallen behind former Vice President Joe Biden in the polls, as voters have panned his handling of both the coronavirus pandemic and protests in the wake of George Floyd’s killing.

After the president’s rally in Tulsa, Okla., last month, the Wall Street Journal’s editorial board warned that Trump “still has no second term message beyond his own grievances” — and without one, he could be heading for “an historic repudiation” in November.