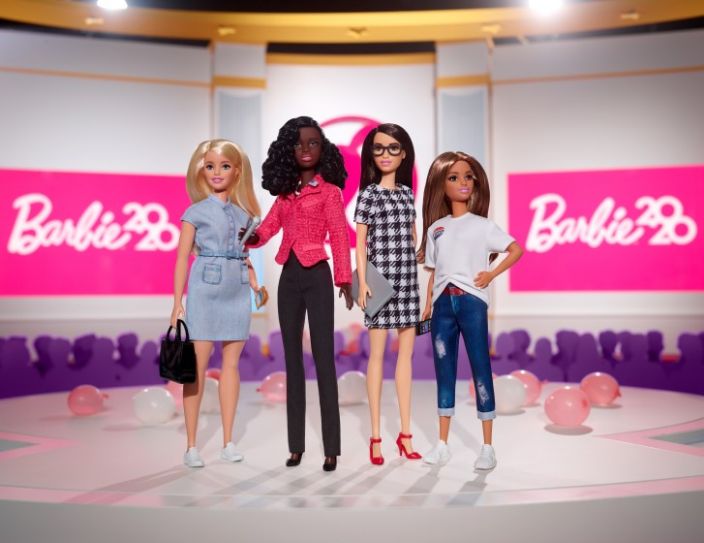 Toymaker Mattel has unveiled a new collection of politically active Barbie dolls, including a Black woman running for president and her all-female campaign team, to inspire girls to pursue positions in leadership. Rounding out the four-part set are a campaign manager, fundraiser and voter — the last of which seemed to offend Donald Trump Jr., who attempted to make a joke about the doll on Twitter.

“‘Voter Barbie must be a Democrat because she’s already wearing an ‘I Voted’ sticker and yet she’s got another ballot in her hand,” he tweeted Wednesday, appealing to his father’s unfounded claims about widespread voting fraud.

Barbie was not amused.

“Barbie is not, and has never been, affiliated with a political party,” a Mattel representative told the Los Angeles Times on Thursday in a statement. “Barbie has always encouraged girls to stand up for what they believe in and shows them they can be anything.”

“This doll set highlights a range of leadership roles to pique their interest in shaping the future and raise their voices — from the podium to the polls. This set also provides a tool to allow families to have conversations around important events and cultural moments through play.”

“Since 1959, Barbie has championed girls and encouraged them to be leaders whether in the classroom, community or someday, of the country,” said Lisa McKnight, senior vice president and global head of Barbie and dolls at Mattel, in a statement Monday.

“With less than a third of elected leaders in the U.S. being women, and Black women being even less represented in these positions, we designed the Barbie Campaign Team with a diverse set of dolls to show all girls they can raise their voices. Our goal is to remove barriers to leadership by giving girls the tools to imagine and play out their future roles.”

The full Barbie Campaign Team is on sale for $39.99 at major retailers. Additional resources, including printable play ballots and election-related activities, are also available on the Barbie website.