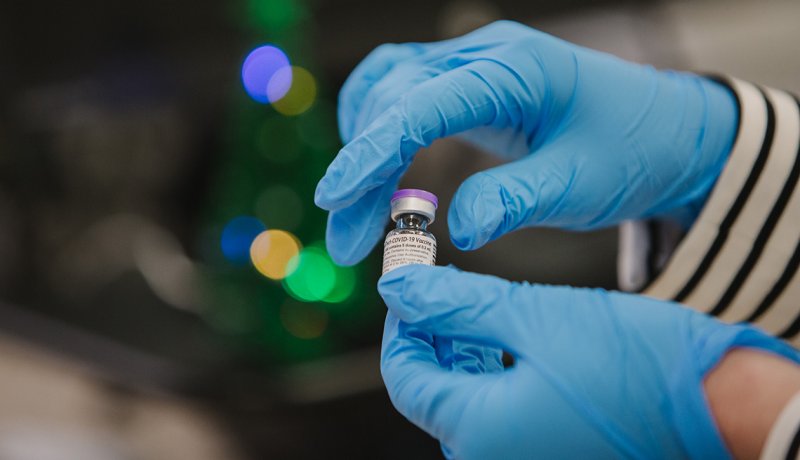 Just as the United States greets the arrival of promising vaccines — and prepares to celebrate a starkly transformed holiday season — more Covid-19 deaths are being reported each day than at any time before during the pandemic.

The nation set single-day records on Wednesday for reported deaths, with more than 3,600, and for newly reported cases, more than 245,000. The previous case record was set last Friday, when more than 236,800 new infections were announced, not including tens of thousands of significantly older cases reported that day.

Three times as many people in the United States are dying each day now than three months ago, and the number of new cases is six times what it was then. Also, with large cities already ravaged by the virus, it is now exacting a deadly toll on many midsize cities.

In the past week, just over 30 percent of the nation’s coronavirus-related deaths were reported in the South, and nearly 30 percent in the Midwest. Pennsylvania, Arizona and Kansas in particular have seen dizzying growth in death tolls over the last seven days; North and South Dakota registered the most deaths relative to the size of their populations.

Nevada reported 57 deaths on Wednesday, a record. “That’s another 57 Nevadans who will be missed by loved ones this holiday season,” Gov. Steve Sisolak wrote in a Twitter post.

California, the nation’s most populous state by far, has been averaging 202 deaths a day recently. The state has bought 5,000 extra body bags and set up 60 refrigerated storage units around the state to help local coroners, Gov. Gavin Newsom said on Tuesday.

It is hard to say whether the precipitous rise in cases in December is directly linked to gatherings and travel over Thanksgiving, “but certainly, there’s an association,” said Catherine L. Troisi, an infectious-disease epidemiologist at the University of Texas Health School of Public Health in Houston.

Anyone who was going to become ill from an infection caught over the holiday weekend would probably have done so by now, Dr. Troisi said. But they could also have spread it to others who are only now showing symptoms and being tested. “So there’s a continuing ramification of these cases,” she said.

The first shots of a vaccine made by Pfizer and BioNTech were administered on Monday, and another vaccine, made by Moderna, is expected to receive emergency authorization from the Food and Drug Administration this week.

Even with the arrival of the first vaccine and another on the way, it “doesn’t help us right now to put out the wildfire,” Dr. Troisi said.

“I think things are going to get worse for a while,” she said. And in the meantime, what happens “is entirely up to us,” she added, emphasizing the need to take precautionary measures.